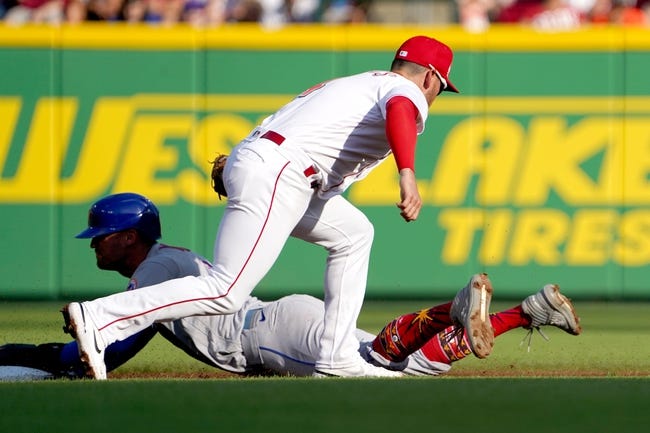 The New York Mets and Cincinnati Reds face off on Tuesday in an MLB showdown at the Great American Ballpark. On Monday, it was the Mets that were able to secure the 7-4 victory.

The Mets come into this game with a 50-30 record overall and they have won two games in a row. After such a strong start to the season, the Mets have been a little shakier the last month. The Mets are averaging 4.8 runs per game which is 4th best in the league. Pete Alonso has hit 22 home runs and driven in 69 RBIs.

On the other side of this matchup is the Reds who sit with a 27-52 record overall and they have lost three of their last four games. Over the three losses, the offense has scored only six runs total. The real problem with the team though has been the pitching and they are giving up 5.57 runs per game which is 30th in the league. Brandon Drury has been the top offensive player hitting 17 home runs and driving in 45 RBIs.

On the mound for the Mets is Max Scherzer who sits with a 5-1 record and an ERA of 2.54. Max Scherzer’s last start was May 18th, and it’s unclear how long they will allow him to go in this game.

On the mound for the Reds will be Nick Lodolo who sits with a 1-2 record and an ERA of 5.50. In his last start against St. Louis, Lodolo went 5.2 innings, giving up five hits and one run.

Max Scherzer might be making his first start back after a layoff, but I expect he is going to be sharp. Nick Lodolo sits with an ERA of 5.50 and the Mets bats are going to score at least seven runs in this game like they did on Monday. The Reds bats will be ice cold, and the Mets will win on the run line.