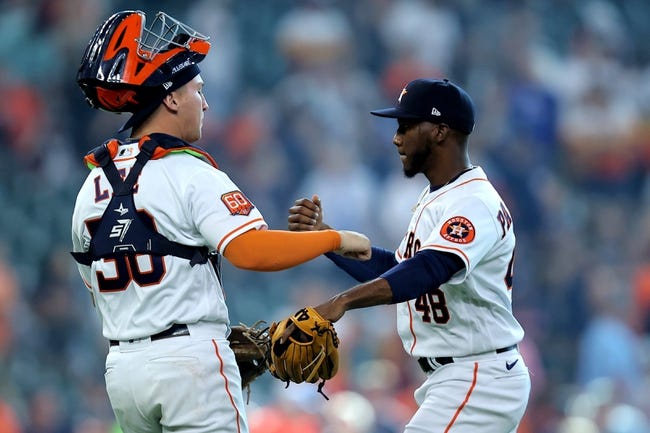 Where to Watch: Bally Sports West Stream the MLB Game of the Day all season on ESPN+. Sign up now!

The Los Angeles Angels and Houston Astros face off on Sunday in an MLB showdown at Minute Maid Park. The Astros have won the first two games of this series in blowout fashion.

The Astros come into this game with a 50-27 record overall and in the first two games of this series it was the Astros that scored 17 runs total. The Astros pitching has been the strength of this team, but maybe the offense is finally breaking out. The Astros are averaging 4.4 runs per game which is 16th in the league. Kyle Tucker is having a big season hitting 16 home runs and driving in 53 RBIs.

On the other side of this matchup is the Angels who got out to a fast start to the season, but they have been one of the biggest disappointments the last few months. The Angels sit with a 37-43 record overall and over their last two games they have scored only two runs total. The Angels offense overall is averaging 4.11 runs per game which is 22nd in the league. The Angels need some of the non-star players to step up.

On the mound for the Angels is Jose Suarez who sits with a 1-2 record and an ERA of 4.36. In his last start against the Seattle Mariners, he went six innings, giving up five hits and one run.

On the mound for the Astros is Framber Valdez who sits with an 8-3 record and an ERA of 2.65. In his last start against the New York Mets, he gave up six hits and zero runs.

The Angels bats have been ice cold heading into this game, and it’s not going to get any easier going against Valdez. Valdez gave up zero runs in his last start, and the Angels bats are going to be ice cold. The Astros scored nine runs on Saturday and they will find offensive success here. Back the Astros -2.5.