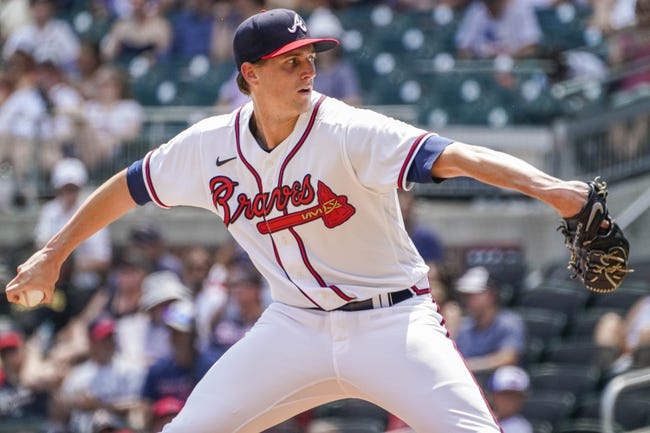 The Atlanta Braves will play the Philadelphia Phillies in Game 2 of their series at Citizens Bank Park on Wednesday night.

The Atlanta Braves are 43-32 this season and have alternated wins and losses in their last five games. Atlanta won Game 1 of this series by a score of 5-3 on Tuesday night. The Atlanta pitching staff has a 3.71 ERA, a 1.25 WHIP, and a .234 opponent batting average this season. The Braves offense has scored 354 runs with a .247 batting average and a .313 on base percentage. Dansby Swanson is batting .299 with 13 home runs and 43 RBI’s for the Braves this season. The projected starter for Atlanta is Kyle Wright, who is 8-4 with a 3.18 ERA and a 1.16 WHIP over 85 innings pitched this season.

The Philadelphia Phillies are 39-36 this season and have won three of their last five games. Prior to losing Game 1 of this series, Philadelphia won three out of the four games played against San Diego. The Philadelphia pitching staff has a 3.89 ERA, a 1.25 WHIP, and a .240 opponent batting average. The Phillies offense has scored 355 runs with a .247 batting average and a .316 on base percentage this year. Kyle Schwarber is batting .220 with 22 home runs and 47 RBI’s for the Phillies this season. The projected starter for Philadelphia is Ranger Suarez, who is 6-4 with a 4.23 ERA and a 1.48 WHIP over 72.1 innings pitched this season.

Atlanta comes into this matchup four games behind the Mets in the NL East, but four games up on the Phillies. Atlanta has a slightly better team ERA than Philadelphia, but Philly has scored one more run on the season. Ranger Suarez has allowed 11 runs in his last five starts, while Kyle Wright has allowed nine runs in his last two starts against the Cubs and Giants. I like the Phillies in this game, even without Bryce Harper.