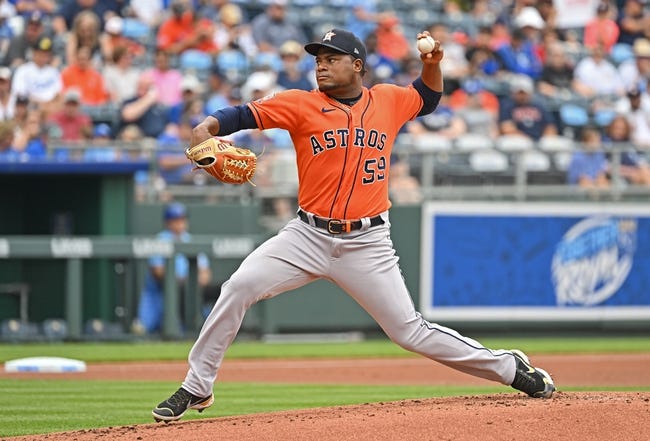 The Houston Astros will play the New York Mets in Game 1 of their series at Citi Field on Tuesday night.

The Houston Astros are 45-27 this season and have won five of their last seven games. Houston is coming off of a series split against the Yankees, where they won two games and lost two games in the series. The Houston pitching staff has a 3.05 ERA, a 1.12 WHIP, and a .216 opponent batting average this season. The Astros offense has scored 309 runs with a .238 batting average and a .317 on base percentage. Yordan Alvarez is batting .312 with 22 home runs and 54 RBI’s for the Astros this season. The projected starter for Houston is Framber Valdez, who is 7-2 with a 2.90 ERA and a 1.13 WHIP over 87 innings pitched this season.

The New York Mets are 47-27 this season and have lost three of their last five games. New York is coming off of a series win against Miami, where they won two out of the three games played in the series. The New York pitching staff has a 3.86 ERA, a 1.22 WHIP, and a .237 opponent batting average. The Mets offense has scored 365 runs with a .259 batting average and a .329 on base percentage this year. Pete Alonso is batting .281 with 22 home runs and 69 RBI’s for the Mets this season. The projected starter for New York is Carlos Carrasco, who is 8-3 with a 4.42 ERA and a 1.29 WHIP over 77.1 innings pitched this season.

This should be a very entertaining series between two very good teams. In Game 1, we have Carrasco against Valdez on the mound. Carrasco has been inconsistent and has allowed five runs in two of his last three starts. Valdez has been very good and has thrown five consecutive quality starts. I am going with the over in this matchup as both teams have been consistently hitting the over to start their series.