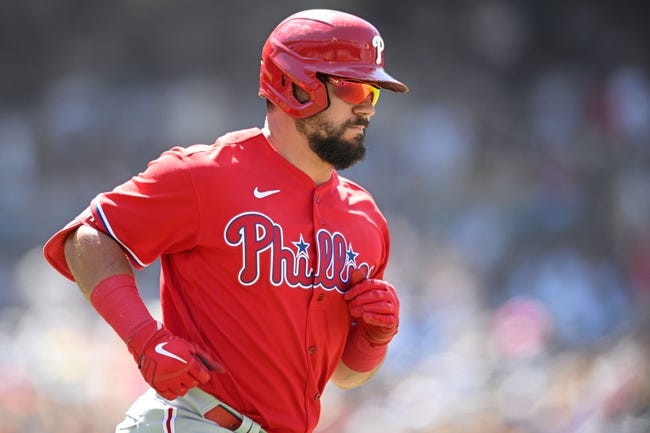 Where to Watch: Bally Sports South Stream the MLB Game of the Day all season on ESPN+. Sign up now!

The Atlanta Braves and Philadelphia Phillies face off on Tuesday in an MLB showdown at Citizens Bank Park.

The Braves come into this game with a 42-32 record overall and they lost two of their last three games against the Los Angeles Dodgers. In the last game, the Dodgers blew it in the 9th inning and they were defeated 5-3 in overtime. The Braves are averaging 4.72 runs per game which is 8th best in the league. Austin Riley and Dansby Swanson have both driven in 43 runs so far this season.

On the other side of this match-up is the Phillies who sit with a 39-35 record overall and they are coming off back-to-back wins against the San Diego Padres. In the last game, the Phillies scored eight runs, and that led to the three-run victory. The Phillies offense has been strong all season averaging 4.75 runs per game. One problem for the Phillies is Bryce Harper has a broken hand and is out indefinitely. Kyle Schwarber has hit 21 home runs and driven in 46 RBIs.

On the mound for the Braves will be Charlie Morton who sits with a 4-3 record and an ERA of 4.84. In his last start against the San Francisco Giants, he went seven innings and gave up three hits and two runs.

Getting the start for the Phillies will be Zack Wheeler who sits with a 6-4 record and an ERA of 2.77. In his last start against the Texas Rangers, he went 4.1 innings giving up seven hits and four runs.

The Phillies have an advantage on the mound with Wheeler and even though he struggled in his last start, he currently sits with an ERA of 2.77. Even without Bryce Harper, I expect the Phillies are going to find offensive success against Morton, and that is going to be the difference as the Phillies get the job done.