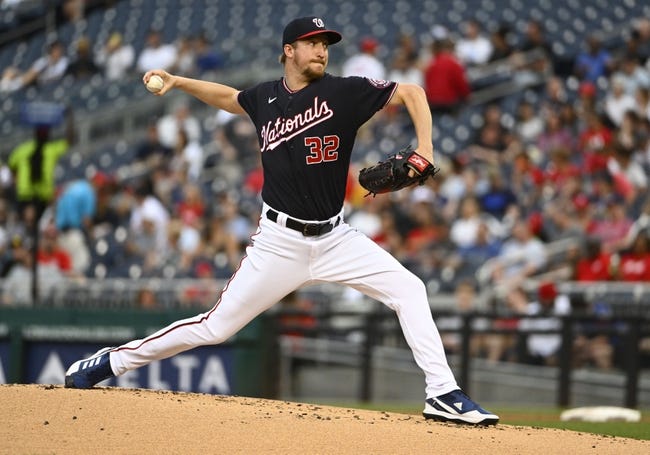 The Washington Nationals will play the Baltimore Orioles on Game 1 of their series at Camden Yards on Tuesday night.

The Washington Nationals are 24-46 this season and have lost eight of their last nine games. Washington is coming off of a series loss against Philadelphia, where they lost four of the five games played in the series. The Washington pitching staff has a 5.28 ERA, a 1.51 WHIP, and a .272 opponent batting average this season. The Nationals offense has scored 289 runs with a .254 batting average and a .319 on base percentage. Juan Soto is batting .218 with 14 home runs and 31 RBI’s for the Nationals this season. The projected starter for Washington is Erick Fedde, who is 4-5 with a 4.88 ERA and a 1.56 WHIP over 62.2 innings pitched this season.

The Baltimore Orioles are 30-38 this season and have won three of their last four games. Baltimore is coming off of a series win against Tampa Bay, where they won two out of the three games played. The Baltimore pitching staff has a 4.27 ERA, a 1.35 WHIP, and a .266 opponent batting average. The Orioles offense has scored 278 runs with a .230 batting average and a .299 on base percentage this year. Ryan Mountcastle is batting .269 with 12 home runs and 36 RBI’s for the Orioles this season. The projected starter for Baltimore is Jordan Lyles who is 4-5 with a 5.10 ERA and a 1.52 WHIP over 72.1 innings pitched this season.

The starting pitcher for Baltimore is up in the air right now, but it is looking like it is going to be Jordan Lyles, who has really struggled this year. Lyles has a 5.10 ERA and has allowed 14 runs over his last 15.1 innings pitched. For Washington, Erick Fedde has not been that good either. Fedde has allowed 16 runs in his last 17 innings pitched. I think there will be a lot of runs scored in this game, so the over is worth a look, but I like Baltimore to win at home. Baltimore has won three of four and just took a series from a very good Rays team. I like Baltimore here.