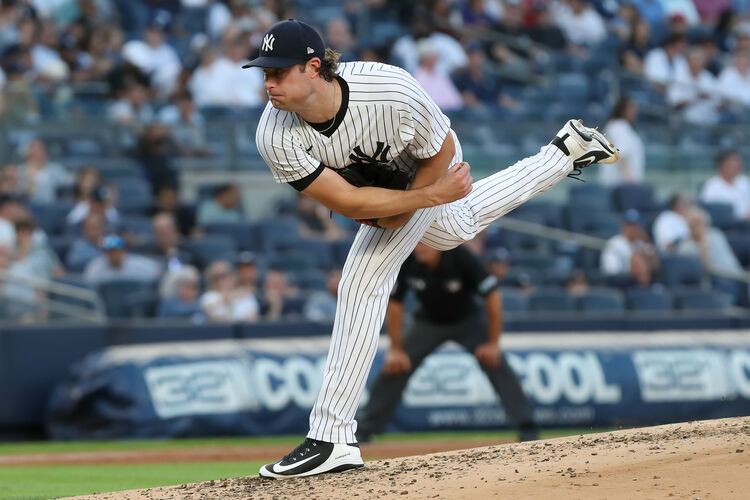 The New York Yankees will play the Tampa Bay Rays in Game 1 of their series at Tropicana Field on Monday night.

The New York Yankees are 49-17 this season and have won nine of their last ten games. New York is coming off of a series win against Toronto, where they won two out of the three games played in the series. The New York pitching staff has a 2.86 ERA, a 1.06 WHIP, and a .212 opponent batting average this season. The Yankees offense has scored 340 runs with a .249 batting average and a .328 on base percentage. Aaron Judge is batting .305 with 25 home runs and 50 RBI’s for the Yankees this season. The projected starter for New York is Gerrit Cole, who is 6-1 with a 3.33 ERA and a 1.07 WHIP over 73 innings pitched this season.

The Tampa Bay Rays are 36-30 this season and have lost five of their last six games. Tampa Bay is coming off of a series loss against Baltimore, where they lost two out of the three games played. The Tampa Bay pitching staff has a 3.15 ERA, a 1.11 WHIP, and a .222 opponent batting average. The Rays offense has scored 267 runs with a .233 batting average and a .296 on base percentage this year. Randy Arozarena is batting .253 with seven home runs and 31 RBI’s for the Rays this season. The projected starter for Tampa Bay is Shane McClanahan, who is 7-3 with a 1.84 ERA and a 0.86 WHIP over 78.1 innings pitched this season.

This is an absolutely fantastic pitching matchup between two very good pitchers. For the Yankees, Gerrit Cole has allowed 0 runs in two out of his last three starts. Cole did allow seven runs against Minnesota two starts ago. For the Rays, Shane McClanahan has allowed a total of four earned runs over his last 32 innings pitched. I like the Rays in this matchup as McClanahan has been the better pitcher.