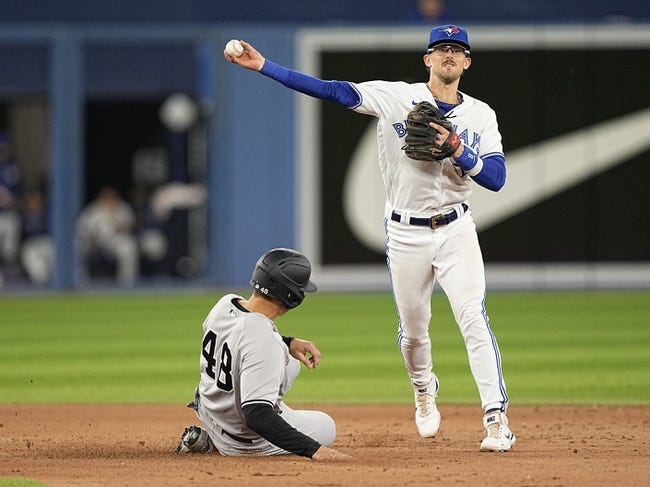 The New York Yankees and Toronto Blue Jays face off on Saturday in an MLB showdown at the Rogers Centre. On Friday night it was the Yankees that were able to come away with the 12-3 victory.

The Yankees come into this game with a 48-16 and they have won eight games in a row. The Yankees offense was strong on Friday but even more impressive this year has been the pitching. Over the last four games, the Yankees pitching has given up only seven runs total. They are giving up only 2.92 runs per game which is best in baseball. Aaron Judge looks like the MVP of baseball right now having hit 25 home runs and driven in 49 RBIs.

On the mound for the Yankees is Jameson Tailon who sits with a 7-1 record and an ERA of 2.93. In his last start against the Cubs, he went five innings giving up seven hits and three runs.

On the mound for the Blue Jays is Alek Manoah who sits with an 8-1 record and an ERA of 1.67. Over his last two starts, he has gone 12 innings and given up seven hits and zero runs.

The Blue Jays are 6-0 in Manoah’s last six starts against the American League East. The Yankees are 5-0 in Tailon’s last five starts an underdog. The over is 10-1 in the Blue Jays last 11 home games.

The Yankees aren’t underdogs often and when they are, I think you have to take the value. There is no doubt that Manoah has been good, but Tailon has also been strong sitting with an ERA of 2.93. The Yankees bats are hot right now, and they will score enough to secure the victory. Back the Yankees on the money line.