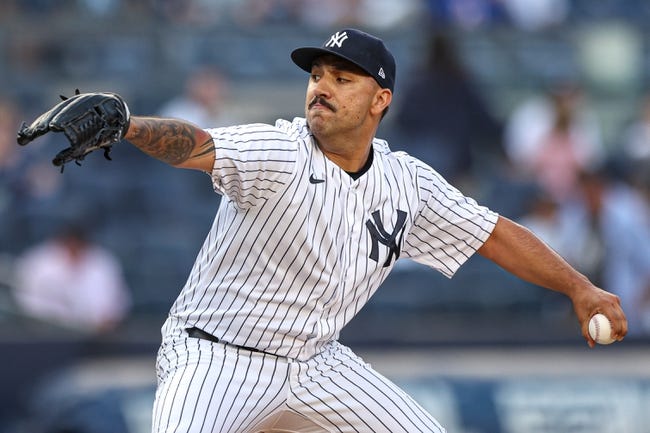 The New York Yankees will host the Tampa Bay Rays in the third game of their series in the American League East from Yankee Stadium on Thursday night. The weather is expected to be very humid with a 9.5% chance of rain and 13.4 miles per hour winds.

The New York Yankees are coming off of a 1 run win against the Tampa Bay Rays in their last game.  Aaron Judge hit a home run and Kyle Higashioka followed an intentional walk with a three-run drive to help get New York the win. The series is at 2-0 in favor of the New York Yankees going into game 3.

New York Yankees right-hander, Luis Severino will be the starter for this one. He has a 2.80 ERA with 71 strikes and a 1.03 whip

Shane McClanahan got the start for the Tampa Bay Rays. He has a 1.84 ERA, with 105 strikes and a .86 whip this season. He gave up four runs and three hits in six innings in the loss.