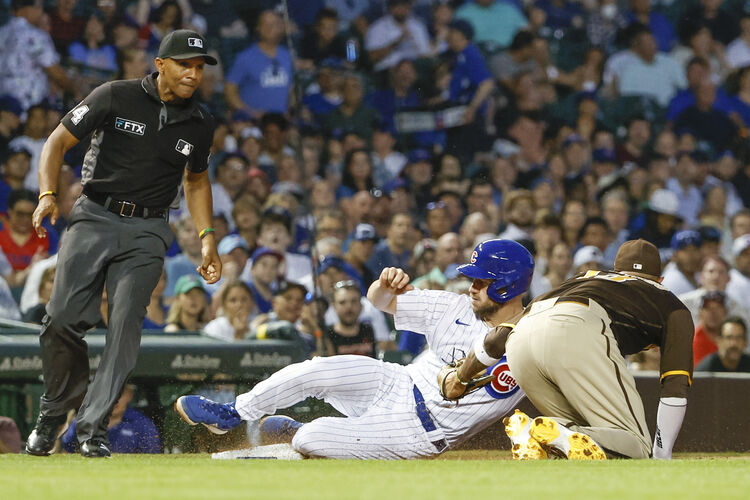 The San Diego Padres will play the Chicago Cubs in Game 3 of their series at Wrigley Field on Wednesday night.

The San Diego Padres are 39-24 this season and have won six of their last eight games. San Diego won the first two games of this series by scores of 4-1 and 12-5. The San Diego pitching staff has a 3.30 ERA, a 1.13 WHIP, and a .217 opponent batting average this season. The Padres offense has scored 284 runs with a .237 batting average and a .313 on base percentage. Manny Machado is batting .315 with 10 home runs and 38 RBI’s for the Padres this season. The projected starter for San Diego is Ryan Weathers, who is making his first appearance of the season.

The Chicago Cubs are 23-38 this season and have lost eight games in a row. Prior to losing the first two games of this series, Chicago lost all three games against the Yankees. The Chicago pitching staff has a 4.70 ERA, a 1.34 WHIP, and a .252 opponent batting average. The Cubs offense has scored 259 runs with a .242 batting average and a .318 on base percentage this year. Patrick Wisdom is batting .222 with 12 home runs and 31 RBI’s for the Cubs this season. The projected starter for Chicago is Caleb Kilian, who is 0-0 with a 5.40 ERA and a 1.00 WHIP over 5 innings pitched this season.

Both of these teams come into this game with some uncertainty on the mound. It looks like the Padres are going to start Ryan Weathers, who hasn’t pitched for the Padres this season but who has a 5.32 career ERA and a 1.38 career WHIP. For the Cubs, it looks like they are going with Caleb Kilian, who started against the Cardinals about 10 days ago and allowed three runs over five innings pitched. The Cubs have really struggled in their recent games and are going up against a San Diego team that has found their stride. I think the over is a good look with the pitching matchup, but I like the Padres to win by two runs or more here.