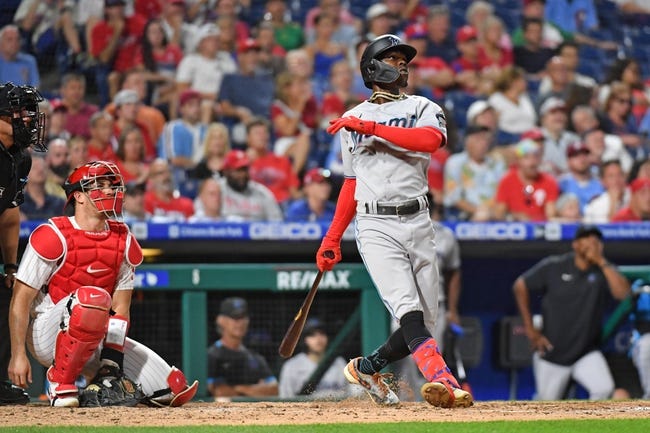 Where to Watch: Bally Sports Florida Stream the MLB Game of the Day all season on ESPN+. Sign up now!

The Miami Marlins and Philadelphia Phillies face off on Wednesday in an MLB showdown at Citizens Bank Park. Two teams have split the first two games of this series. On Tuesday it was back and forth but the Marlins pulled it out late.

The Marlins come into this game with a 28-32 record overall and on Tuesday they were able to score 11 runs. It was a back and forth, and after blowing a lead, they were able to come back and secure the victory. Even though they are under .500 their stats aren’t that bad. Miami is averaging 4.58 runs per game which is 10th best in baseball. Jazz Chisholm has hit 13 home runs and driven in 41 RBIs.

On the other side of this matchup is the Phillies who sit with a 31-31 record overall and they have lost two of their last three games. In two of the three games, they gave up at least 11 runs. Overall the Phillies are averaging 4.86 runs per game which is 5th best in the league. The pitching has been a problem all season though and they are currently 20th in terms of runs given up.

On the mound for the Marlins is Pablo Lopez who sits with a 4-2 record and an ERA of 2.30. In his last start against the Houston Astros, he went 4.1 innings giving up six hits and two earned runs.

Getting the start for the Phillies will be Kyle Gibson who sits with a 4-2 record and an ERA of 4.41.

The better pitcher in this game is Pablo Lopez and he currently sits with an EAR of 2.30. Gibson has been inconsistent all season, and I expect the Marlins are going to be keeping their bats hot here. Back the Marlins on the money line.