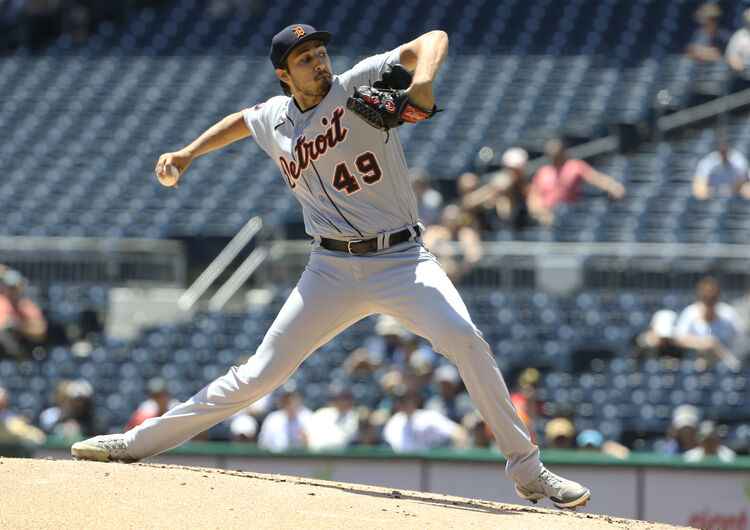 The Chicago White Sox will play the Detroit Tigers in Game 3 of their series on Wednesday afternoon at Comerica Park.

The Chicago White Sox are 29-31 this season and have won three of their last five games. Chicago has won the first two games of this series by scores of 9-5 and 5-1. The Chicago pitching staff has a 4.08 ERA, 1.39 WHIP, and a .249 opponent batting average this season. The White Sox offense has scored 241 runs with a .246 batting average and a .303 on base percentage. Jose Abreu is batting .260 with nine home runs and 28 RBI’s for the White Sox this season. The projected starter for Chicago is Vince Velasquez, who is 2-3 with a 5.30 ERA and a 1.40 WHIP over 35.2 innings pitched this season.

The Detroit Tigers are 24-37 this season and have lost four of their last five games. Prior to losing the first two games of this series, Detroit lost two out of three games played in their series against Toronto. The Detroit pitching staff has a 3.81 ERA, a 1.22 WHIP, and a .235 opponent batting average. The Tigers offense has scored 168 runs with a .221 batting average and a .278 on base percentage this year. Miguel Cabrera is batting .289 with three home runs and 21 RBI’s for the Tigers this season. The projected starter for Detroit is Alex Faedo, who is 1-2 with a 2.92 ERA and a 1.24 WHIP over 37 innings pitched this season.

The White Sox come into this game after winning the first two games of this series by four runs in each game. Detroit has really struggled offensively and actually may be one of the worst offensive teams in the history of the MLB. The Tigers have scored 38 fewer runs than the next closest team. The good news for Detroit is that Chicago is starting Velasquez, who is coming off of the IL and has an ERA of over 5.00. The Tigers are starting Faedo, who has been a pleasant surprise for them after being forced into duty due to injuries. I like the Tigers to win this game.