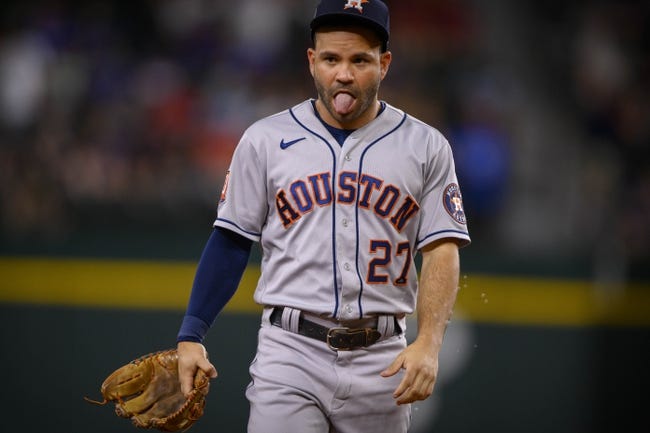 The Houston Astros and Texas Rangers face off on Tuesday in an MLB showdown at Globe Life Field. On Monday it was the Rangers that were able to secure the 5-3 victory.

The Astros sit with a 37-24 record overall, but on Monday it was again the offense that wasn’t good enough, something that has been a familiar theme when they have struggled. The Astros are averaging 4.12 runs per game which is 22nd in baseball. The top offensive player has been Yordan Alvarez who has hit 17 home runs and driven in 42 RBIs.

On the other side of this matchup is the Rangers who sit with a 29-31 record overall but they have won three games in a row. The offense has been strong and over the last three games, they have scored 24 runs. Overall the Rangers are averaging 4.37 runs per game which is 17th best in the league. Adolis Garcia is having a big season hitting 12 home runs and driving in 41 RBIs.

On the mound for the Astros will be Jose Urquidy who sits with a 5-3 record and an ERA of 5.04. In his last start against the Seattle Mariners, he went 4.1 innings giving up seven hits and five runs.

On the mound for the Rangers is Dane Dunning who sits with a 1-4 record and an ERA of 4.41. In his last start against the Cleveland Guardians he went four innings giving up nine hits and four earned runs.

This game is going to be a shootout. Dunning gave up four runs in his last start while Urquidy is coming off a game where he gave up five runs. The Rangers offense has been good heading into this game, and the over is going to cash. Back the over to cash.