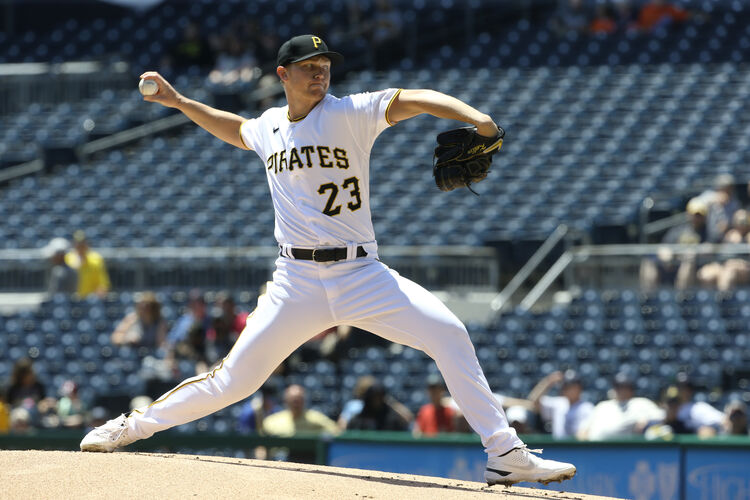 The Pittsburgh Pirates will play the St. Louis Cardinals in Game 1 of their series at Busch Stadium on Monday night.

The Pittsburgh Pirates are 24-34 this season and have lost six games in a row. Pittsburgh is coming off of a series loss against Atlanta, where they lost all four games played in the series. The Pittsburgh pitching staff has a 4.48 ERA, a 1.36 WHIP, and a .246 opponent batting average this season. The Pirates offense has scored 199 runs with a .224 batting average and a .293 on base percentage. Bryan Reynolds is batting .249 with 10 home runs and 19 RBI’s for the Pirates this season. The projected starter for Pittsburgh is Mitch Keller, who is 2-5 with a 5.26 ERA and a 1.49 WHIP over 49.2 innings pitched this season.

The St. Louis Cardinals are 34-27 this season and have lost four of their last six games. St. Louis is coming off of a series win against Cincinnati, where they won two out of the three games played. The St. Louis pitching staff has a 3.87 ERA, a 1.30 WHIP, and a .248 opponent batting average. The Cardinals offense has scored 288 runs with a .250 batting average and a .319 on base percentage this year. Paul Goldschmidt is batting .327 with 12 home runs and 47 RBI’s for the Cardinals this season. The projected starter for St. Louis is Zack Thompson, who is 0-0 with a 2.25 ERA and a 1.00 WHIP over 4 innings pitched this season.

Pittsburgh comes into this game after losing all of their games over the last two series against Atlanta and Detroit. St. Louis is also skidding a bit, but has had success to start the season. This will be Thompson’s first start of the season, as he has only appeared in one game this season. For the Pirates, Keller has allowed three earned runs over his last two starts. I think Pittsburgh has the slight pitching advantage in this matchup and I like them here as the underdog.