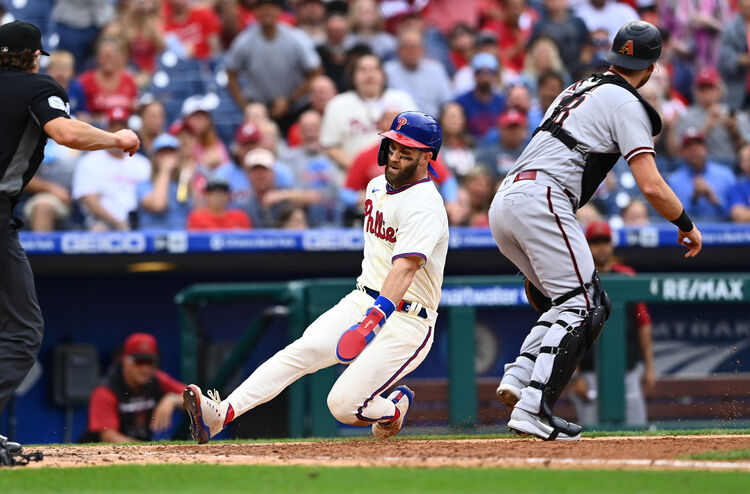 The Arizona Diamondbacks will play the Philadelphia Phillies in Game 3 of their series at Citizens Bank Park on Sunday afternoon.

The Arizona Diamondbacks are 28-33 this season and have lost six of their last eight games. Arizona lost the first two games of this series by scores of 7-5 and 4-0. The Arizona pitching staff has a 4.33 ERA, a 1.34 WHIP, and a .256 opponent batting average this season. The Diamondbacks offense has scored 237 runs with a .215 batting average and a .297 on base percentage. Christian Walker is batting .197 with 15 home runs and 28 RBI’s for the Diamondbacks this season. The projected starter for Arizona is Kyle Nelson, who is 1-0 with a 2.04 ERA and a 1.02 WHIP over 17.2 innings pitched this season.

The Philadelphia Phillies are 30-29 this season and have won nine games in a row. Prior to winning the first two games of this series, Philadelphia won all three games against the Milwaukee Brewers. The Philadelphia pitching staff has a 3.81 ERA, a 1.26 WHIP, and a .240 opponent batting average. The Phillies offense has scored 288 runs with a .251 batting average and a .317 on base percentage this year. Bryce Harper is batting .322 with 15 home runs and 45 RBI’s for the Phillies this season. The projected starter for Philadelphia is Ranger Suarez, who is 4-3 with a 4.42 ERA and a 1.47 WHIP over 55 innings pitched this season.

The Philadelphia Phillies come into this matchup on a nine game winning streak and have been hitting the cover off of the baseball in recent games. Arizona started the season fairly strong, but has faded over the last few weeks. The Diamondbacks look to be going with a bullpen game on Sunday, as Nelson has not started this season. For the Phillies, Suarez has pitched well in his last two starts, allowing a combined four runs over 11.1 innings pitched. I cannot go against Philadelphia with the run they are on and I actually like them to win by at least two runs. I also think the over is a decent play in this game.