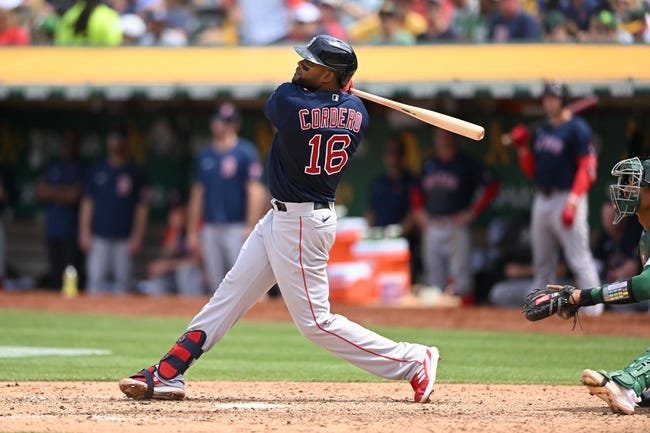 The Oakland Athletics will visit the Cleveland Guardians in the third game of their series in the American League West versus American League Central from Progressive Field on Saturday afternoon. The weather is expected to be mildly humid with a 71.4% chance of rain and 8.3 miles per hour winds.

Paul Blackburn got the start for the Oakland Athletics. He has a 2.31 ERA, with 47 strikes and a 1.01 whip. He allowed four hits and struck out three in 8 innings of work.

Oakland Athletics right-hander, Frankie Montas will be the starter for this one. He has a 3.06 ERA with 78 strikes and a 1.00 whip.

The Cleveland Guardians are coming off of a 11 run win against the Oakland Athletics in their last game. José Ramírez doubled twice, then homered to begin a three-run rally in the bottom of the ninth inning to help grab Cleveland the win. The series is at 2-0 in favor of the Cleveland Guardians heading into game 3.

Triston McKenzie got the start for the Cleveland Guardians. He has a 3.09 ERA, with 55 strikes and a .89 whip. He worked six innings, allowing solo homers by Seth Brown and Sean Murphy in the loss.

Cleveland Guardians right-hander, Zach Plesac will be the starter for this one. He has a 4.72 ERA with 41 strikes and a 1.28.