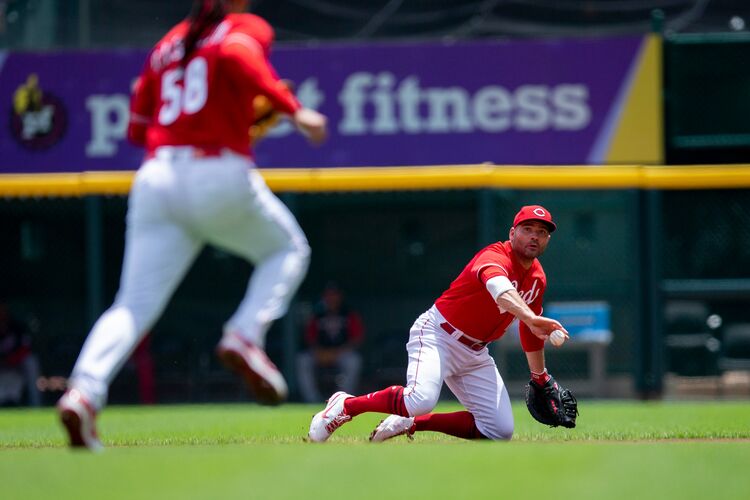 The Cincinnati Reds will play the St. Louis Cardinals in Game 1 of their series at Busch Stadium on Friday night.

The Cincinnati Reds are 20-37 this season and have lost five of their last seven games. Cincinnati is coming off of a series split with the Diamondbacks, where they won two games and lost two games in the series. The Cincinnati pitching staff has a 5.40 ERA, a 1.43 WHIP, and a .251 opponent batting average this season. The Reds offense has scored 252 runs with a .237 batting average and a .307 on base percentage. Brandon Drury is batting .271 with 11 home runs and 30 RBI’s for the Reds this season. The projected starter for Cincinnati is Luis Castillo, who is 2-3 with a 3.55 ERA and a 1.12 WHIP over 33 innings pitched this season.

The St. Louis Cardinals are 32-26 this season and have lost three games in a row. St. Louis is coming off of a series loss against Tampa Bay, where they lost all three games played in the series. The St. Louis pitching staff has a 3.88 ERA, a 1.30 WHIP, and a .247 opponent batting average. The Cardinals offense has scored 275 runs with a .251 batting average and a .319 on base percentage this year. Paul Goldschmidt is batting .338 with 12 home runs and 47 RBI’s for the Cardinals this season. The projected starter for St. Louis is Andre Pallante, who is 1-0 with a 1.23 ERA and a 1.47 WHIP over 29.1 innings pitched this season.

The Reds continue their rough start to this year and have the worst team ERA in all of baseball. St. Louis has had success this season and is sitting 0.5 games back of Milwaukee for first place in the NL Central. For the Cardinals, Pallante has been mostly used out of the bullpen, but did allow one run over four innings in his last start. For the Reds, Castillo has allowed three runs over his last 12.1 innings pitched and has been one of the few bright spots in the Cincinnati rotation. I like the under here.