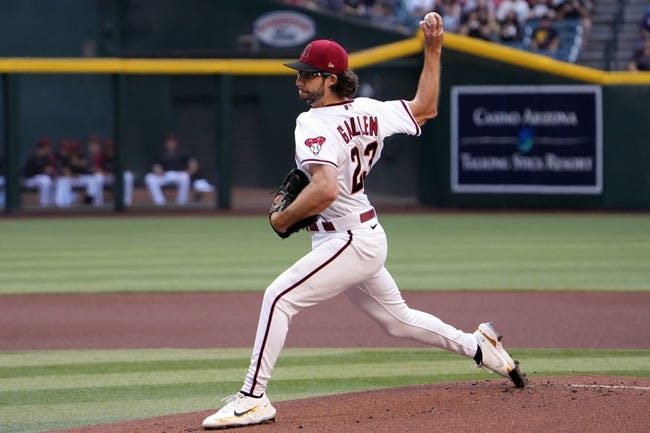 The Arizona Diamondbacks will visit the Philadelphia Phillies in the first game of their series in the National League East versus National League West from Citizens Bank Park on Friday night. The weather is expected to be not too humid with a 0% chance of rain and 6.3 miles per hour winds.

Zach Davies got the start for the Arizona Diamondbacks. He has a 4.21 ERA, with 50 strikes and a 1.24 whip. He allowed six hits and struck out six in the win. He went six for the Diamondbacks, allowing six hits while striking out seven.

Arizona Diamondbacks left-hander, Madison Bumgarner will be the starter for this one. He has a 3.64 ERA with 41 strikes and a 1.26 whip.

Zach Eflin got the start for the Philadelphia Phillies. He has a 3.76 ERA, with 47 strikes and a 1.18 whip. He allowed a run and four hits in four innings of work.

Philadelphia Phillies right-hander, Kyle Gibson will be the starter for this one. He has a 4.40 ERA with 52 strikes and a 1.27 whip.