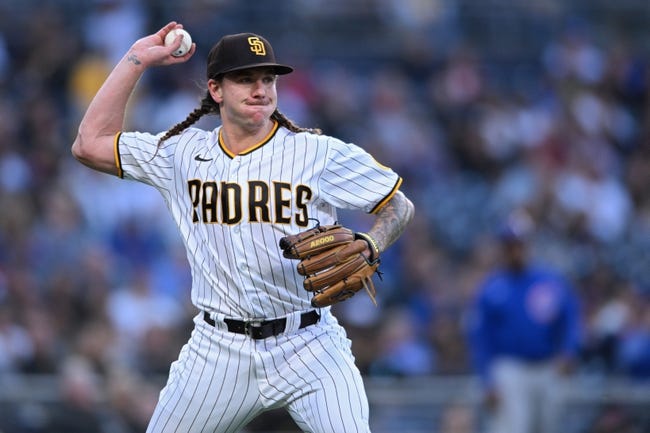 The Milwaukee Brewers will host the San Diego Padres in the fourth game of their series in their National League Central versus National League West matchup from American Family Field on Sunday afternoon. The weather is expected to be very humid with a 100% chance of rain and 9.8 miles per hour winds.

Aaron Ashby got the start for the Milwaukee Brewers. He has a 3.13 ERA, with 60 strikes and a 1.28 whip. He struck out nine and walked nobody but gave up four runs in six innings in the loss.

Milwaukee Brewers left-hander, Eric Lauer will be the starter for this one. He has a 2.49 ERA with 61 strikes and a 1.09 whip.

The San Diego Padres are coming off of a 4 run win against the Milwaukee Brewers in their last game. Jake Cronenworth homered and drove in three runs to help the Padres pull off the shut out here. The series is at 2-1 in favor of the San Diego Padres going into game 4.

Mackenzie Gore got the start for the San Diego Padres in this one. He has a 1.50 ERA with 57 strikes and a 1.06 whip. He allowed three hits and three walks in the win.

San Diego Padres right-hander, Mike Clevinger will be the starter for this one. He has a  3.21 ERA with 15 strikes and a 1.14 whip.