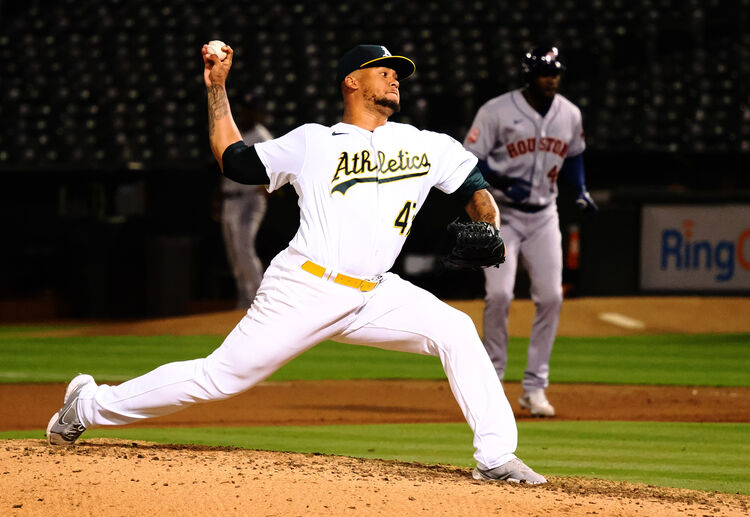 The Boston Red Sox will play the Oakland Athletics in Game 3 of their series at Oakland Coliseum on Sunday afternoon.

The Oakland Athletics are 20-35 this season and have lost eight of their last nine games. Prior to Oakland losing the first two games of this series, they lost all three of the games played in their series against Houston. The Oakland pitching staff has a 4.24 ERA, a 1.31 WHIP, and a .248 opponent batting average. The Athletics offense has scored 181 runs with a .210 batting average and a .277 on base percentage this year. Sean Murphy is batting .193 with five home runs and 22 RBI’s for the Athletics this season. The projected starter for Oakland is Frankie Montas, who is 2-5 with a 3.20 ERA and a 0.99 WHIP over 64.2 innings pitched this season.

There haven’t been many bright spots for Oakland this season, but Frankie Montas has been one of them. Montas has only allowed five runs over his last four starts and has a WHIP below 1.00. For the Red Sox, they are starting Rich Hill, who has been up and down all season and is coming off of an outing where he allowed six runs over four innings pitched. I like Oakland to win this game and avoid the sweep.