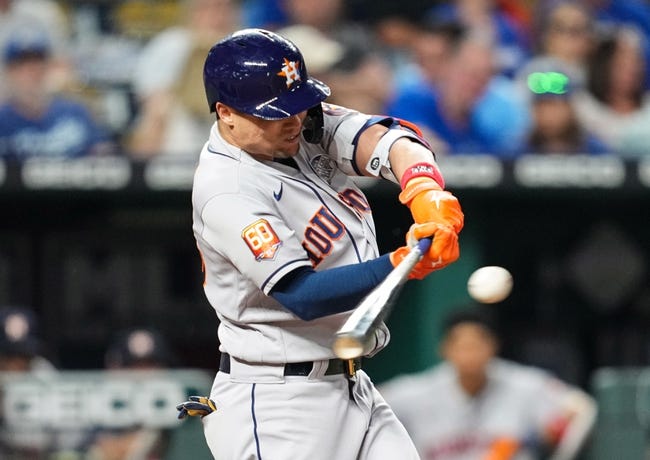 The Houston Astros and Kansas City Royals face off on Saturday in an MLB showdown at Kaufmann Stadium. In the first game of the series, it was the Astros that secured the 10-3 victory. The Astros was led by Aledmys Diaz and he finished with three hits and three runs.

The Astros come into this game with a 34-18 record overall and they have won five games in a row. Over the last five games, they have given up only 10 runs total. The Astros pitching staff has been strong all season giving up only 3.17 runs per game which is second-best in the MLB. Yordan Alvarez is having a big season hitting 15 home runs and driving in 33 RBIs.

On the other side of this matchup is the Royals who sit with a 16-34 record overall and have lost five games in a row. Over the last two games, they have scored only three runs total, and it’s been the offense that has let them down all season. The Royals are averaging 3.7 runs per game which is 26th in the league. The pitching is also giving up 5.38 runs per game. Bobby Witt has hit seven home runs and driven in 27 RBIs.

On the mound for the Astros is Luis Garcia who sits with a 3-3 record and an ERA of 3.14. In his last start against the Seattle Mariners, he went six innings giving up four hits and one run.

The Royals have really struggled to score all season averaging only 3.7 runs per game, and they are facing off against Garcia who has been good all season. He is coming off a start where he gave up only one run, and the Royals aren’t going to go over that in this game. Back the Astros to get the job done on the run line.