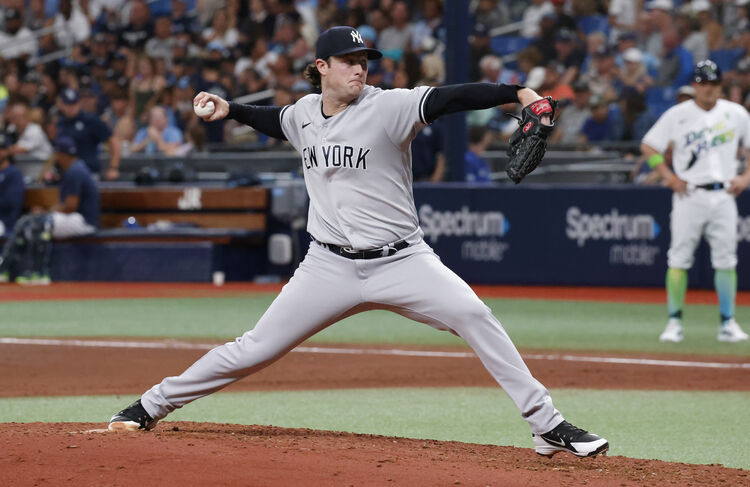 Where to Watch: Apple TV+ Stream the MLB Game of the Day all season on ESPN+. Sign up now!

The Detroit Tigers will play the New York Yankees in Game 1 of their series at Yankee Stadium on Friday night.

The Detroit Tigers are 21-30 this season and have won five of their last six games. Detroit is coming off of a series win against Minnesota, where they won four out of the five games played in the series. The Detroit pitching staff has a 3.51 ERA, a 1.17 WHIP, and a .225 opponent batting average this season. The Tigers offense has scored 146 runs with a .223 batting average and a .284 on base percentage. Jonathan Schoop is batting .198 with five home runs and 17 RBI’s for the Tigers this season. The projected starter for Detroit is Elvin Rodriguez, who is 0-0 with a 6.17 ERA and a 1.20 WHIP over 11.2 innings pitched this season.

The New York Yankees are 36-15 this season and have won seven of their last nine games. New York is coming off of a series win against the Angels, where they won all three games played. The New York pitching staff has a 2.83 ERA, a 1.07 WHIP, and a .214 opponent batting average. The Yankees offense has scored 237 runs with a .243 batting average and a .319 on base percentage this year. Aaron Judge is batting .303 with 19 home runs and 39 RBI’s for the Yankees this season. The projected starter for New York is Gerrit Cole, who is 4-1 with a 3.12 ERA and a 1.04 WHIP over 57.2 innings pitched this season.

The Tigers have been playing in their last few games, but face a very tough challenge here. Gerrit Cole has been pretty sharp in his recent starts and is going against an offensively challenged Detroit team. For the Tigers, Rodriguez had a rough first two outings, but was very good through four innings in his last start before leaving due to injury. I am taking the Yankees to win this game by at least two runs.