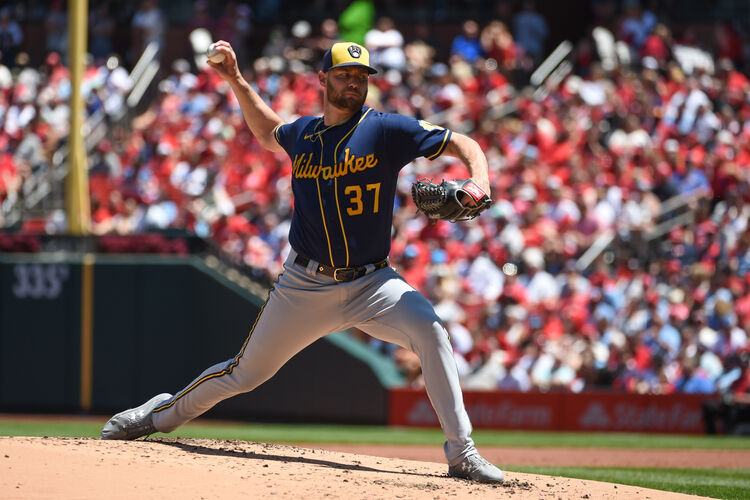 The San Diego Padres will play the Milwaukee Brewers in Game 1 of their series at American Family Field on Thursday night.

The San Diego Padres are 30-20 this season and have lost four of their last five games. San Diego is coming off of a series loss against St. Louis, where they lost all three games played in the series. The San Diego pitching staff has a 3.44 ERA, a 1.14 WHIP, and a .217 opponent batting average this season. The Padres offense has scored 207 runs with a .232 batting average and a .311 on base percentage. Manny Machado is batting .344 with eight home runs and 29 RBI’s for the Padres this season. The projected starter for San Diego is Sean Manaea, who is 2-3 with a 4.02 ERA and a 1.11 WHIP over 56 innings pitched this season.

The Milwaukee Brewers are 32-20 this season and have lost four of their last seven games. Milwaukee is coming off of a series split, where they won two games and lost two games against the Cubs. The Milwaukee pitching staff has a 3.33 ERA, a 1.20 WHIP, and a .223 opponent batting average. The Brewers offense has scored 238 runs with a .233 batting average and a .310 on base percentage this year. Rowdy Tellez is batting .247 with 10 home runs and 36 RBI’s for the Brewers this season. The projected starter for Milwaukee is Adrian Houser, who is 3-5 with a 3.69 ERA and a 1.38 WHIP over 46.1 innings pitched this season.

The Padres are coming off of a very difficult series against the Cardinals, where they got swept. Milwaukee struggled more than they should have against the Cubs. Even with neither team winning their last series, these are two very good teams. The pitching matchup is similar, but Houser has been very inconsistent this season. The Padres really struggled with the bats in St. Louis and haven’t scored a lot of runs this season. The Brewers have had the slightly better offense this season and I like them to win at home here. There is risk with Houser pitching, but he still has an ERA below 3.70.