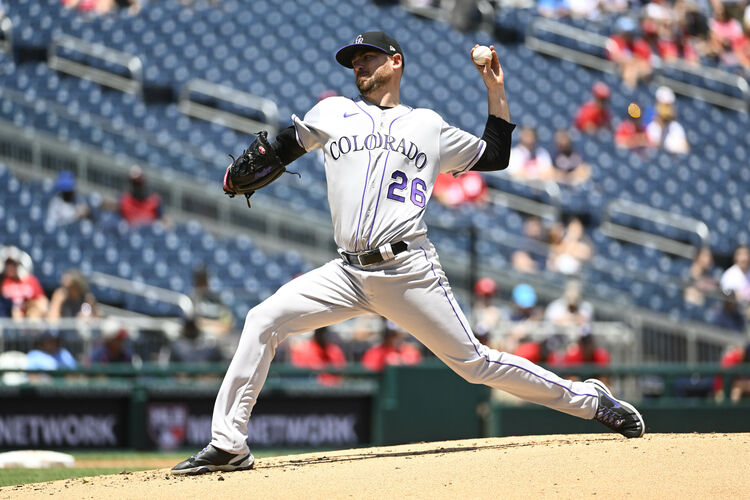 The Atlanta Braves will play the Colorado Rockies in Game 1 of their series at Coors Field on Thursday night.

The Atlanta Braves are 24-27 this season and have lost three of their last five games. The Braves are coming off of a series loss against Arizona, where they lost two out of the three games played. The Atlanta pitching staff has a 3.98 ERA, a 1.29 WHIP, and a .232 opponent batting average this season. The Braves offense has scored 213 runs with a .237 batting average and a .305 on base percentage. Austin Riley is batting .259 with 13 home runs and 28 RBI’s for the Braves this season. The projected starter for Atlanta is Ian Anderson, who is 3-3 with a 4.34 ERA and a 1.34 WHIP over 47.2 innings pitched this season.

The Colorado Rockies are 23-27 this season and have alternated wins and losses over their last six games. Colorado is coming off of a series win against Miami, where they won two out of the three games played. The Colorado pitching staff has a 5.18 ERA, a 1.50 WHIP, and a .282 opponent batting average. The Rockies offense has scored 237 runs with a .265 batting average and a .331 on base percentage this year. C.J. Cron is batting .306 with 13 home runs and 38 RBI’s for the Rockies this season. The projected starter for Colorado is Austin Gomber, who is 2-5 with a 5.51 ERA and a 1.37 WHIP over 47.1 innings pitched this season.

The Rockies have had one of the worst team ERA’s in baseball to start the season and they are starting Gomber, who has a 5.51 ERA. Gomber is coming off of a start against Washington where he allowed 8 runs over 1.1 innings pitched. For the Braves, Anderson has allowed 8 runs over his last two starts, which has been a total of 11.2 innings pitched. Colorado has been able to offset some of their poor pitching with an above average offense and I see that happening here. Colorado is going to give up a few runs, but I expect their offense to have a good day at the plate. I am taking the over.