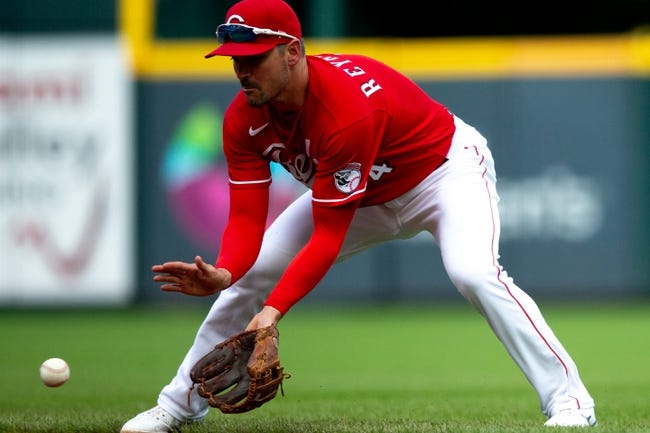 The San Francisco Giants and Cincinnati Reds face off on Sunday in an MLB showdown at the Great American Ballpark. The Reds hae won the first two games of this series. On Saturday the Reds won 3-2.

The Giants still sit with a 24-21 record overall, but they haven’t been as dominant as of late. Overall the last two games the Giants have scored only three runs total, and for an offense that is averaging 5.02 runs per game, it’s a bit shocking how bad the offense has been the first two games of this series. The pitching has been good this series, but it’s probably going to need to be the offense that finds success.

On the other side of this matchup is the Reds who sit with a 16-30 record overall, but they have at least been a little more competitive as of late. Earlier this week the Reds offense scored 20 runs on the way to the victory. The Reds offense has been good most of the season, but the pitching staff has been an issue for most of the season giving up 5.39 runs per game.

On the mound for the Giants is Alex Cobb who sits with a 3-2 record and an ERA of 6.25. In his last start against the Mets he really struggled giving up 10 hits and six runs in six innings.

On the mound for the Reds is Tyler Mahle who sits with a 2-5 record and he sits with a 6.32 ERA. In his last start against the Cubs, he went four innings giving up nine hits and eight runs.

Tyler Mahle has struggled against good teams, and I expect that is going to be the case again in this game. In Mahle’s last start he gave up eight runs. The Giants bats have been a little cold, but they are still the second-ranked offense in baseball. The Giants offense will find success and San Francisco will win this game on the run line.