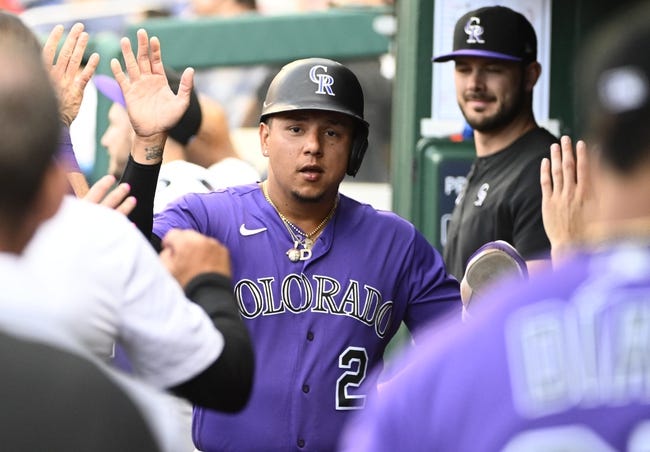 Where to Watch: MASN2 Stream the MLB Game of the Day all season on ESPN+. Sign up now!

The Colorado Rockies and Washington Nationals face off on Sunday in an MLB showdown at Nationals Park. The Nationals have won two of the three first games of the series. The last game on Saturday, the Rockies won 3-2.

The Rockies come into this game with a 21-25 record overall and even in their last game, they won they scored only three runs. Overall this season the Rockies offense has been good averaging 4.59 runs per game which is 4th best in the MLB. C.J. Cron has been the top player for the Rockies hitting 13 home runs and driving in 37 RBIs. Randal Grichuck has also hit five home runs and driven in 26 RBIs.

On the other side of this matchup is the Nationals who sit with a 17-31 record overall and they had won three games in a row before losing on Saturday night. In the previous two wins, the Nationals had scored 20 runs, and in this game, they need to get the offense going. Josh Bell has been having a good season hitting four home runs and driving in 25 RBIs. Nelson Cruz has also driven in 27 RBIs.

On the mound for the Rockies is Kyle Freeland who sits with a 1-4 record and an ERA of 4.60. In his last start against the Pittsburgh Pirates, he went 4.1 innings giving up two hits and one run.

On the mound for the Nationals is Josiah Gray who sits with a 4-4 record and an ERA of 5.44. In Gray’s last start against the Dodgers, he went three innings giving up five hits and seven runs.

There is going to be a ton of scoring by both teams in this game. Gray is coming off a game where he gave up seven runs. Freeland has been inconsistent, and the Nationals offense has been good coming into this game. Back the over.