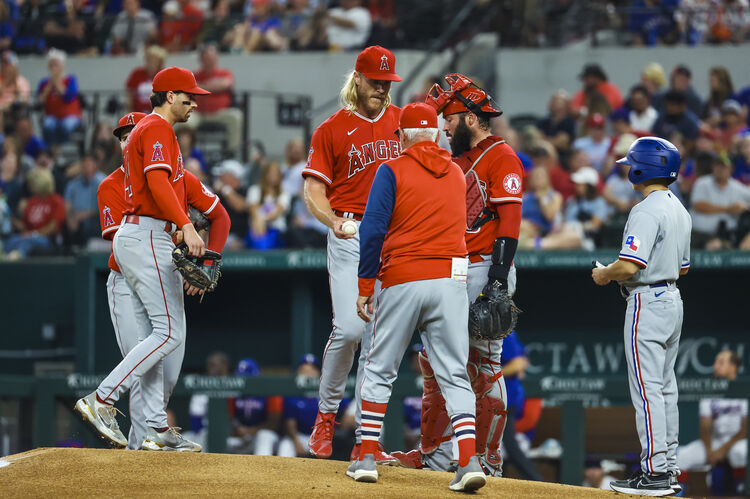 The Texas Rangers will play the Los Angeles Angels in Game 1 of their series at Angel Stadium on Tuesday night.

The Texas Rangers are 18-22 this season and have lost three of their last four games. Texas is coming off of a series loss against Houston, where they lost three of the four games played. The Texas pitching staff has a 4.03 ERA, a 1.30 WHIP, and a .234 opponent batting average this season. The Rangers offense has scored 161 runs with a .222 batting average and a .287 on base percentage. Corey Seager is batting .245 with eight home runs and 19 RBI’s for the Rangers this season. The projected starter for Texas is Dane Dunning, who is 1-2 with a 3.92 ERA and a 1.21 WHIP over 43.2 innings pitched this season.

The Los Angeles Angels are 26-17 this season and have won two games in a row. Los Angeles is coming off of a series win against Oakland, where they won two out of the three games played. The Los Angeles pitching staff has a 3.37 ERA, a 1.11 WHIP, and a .213 opponent batting average. The Angels offense has scored 207 runs with a .247 batting average and a .321 on base percentage this year. Shohei Ohtani is batting .259 with nine home runs and 28 RBI’s for the Angels this season. The projected starter for Los Angeles is Noah Syndergaard, who is 3-2 with a 3.60 ERA and a 1.23 WHIP over 30 innings pitched this season.

The Angels come into this series just one game back behind the Astros for first place in the AL West. Syndergaard is coming off of a loss to these Texas Rangers in his last outing, where he allowed 6 runs (4 earned) over 0.2 innings. Prior to that collapse, Syndergaard had been very sharp this year. Dunning pitched 6 innings and allowed 2 runs in last start against the Angels. This is an interesting matchup with both pitchers starting in their last series just last week, but I like the over here. I think both pitchers will get hit around a little bit with the hitters being familiar with their stuff.