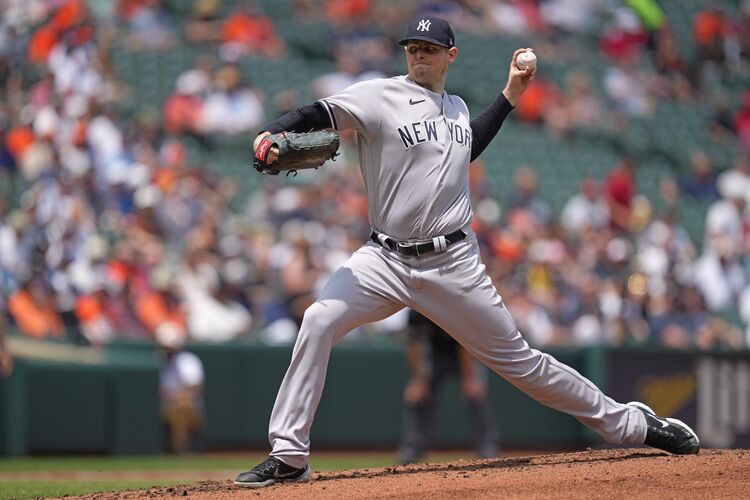 The Baltimore Orioles will play the New York Yankees in Game 2 of their series at Yankee Stadium on Tuesday night.

The Baltimore Orioles are 18-25 this season and have won four of their last five games. Baltimore defeated New York in Game 1 of this series by a score of 6-4 on Monday. The Baltimore pitching staff has a 3.86 ERA, a 1.29 WHIP, and a .251 opponent batting average this season. The Orioles offense has scored 153 runs with a .228 batting average and a .298 on base percentage. Trey Mancini is batting .303 with three home runs and 16 RBI’s for the Orioles this season. The projected starter for Baltimore is Bruce Zimmermann, who is 2-2 with a 3.48 ERA and a 1.26 WHIP over 41.1 innings pitched this season.

The New York Yankees are 29-13 this season and have lost three games in a row. Prior to this series, New York lost two out of three games in their series against the White Sox. The New York pitching staff has a 3.04 ERA, a 1.12 WHIP, and a .225 opponent batting average. The Yankees offense has scored 199 runs with a .241 batting average and a .322 on base percentage this year. Aaron Judge is batting .325 with 17 home runs and 34 RBI’s for the Yankees this season. The projected starter for New York is Jordan Montgomery, who is 0-1 with a 3.35 ERA and a 1.12 WHIP over 40.1 innings pitched this season.

Baltimore snuck a win out in Game 1 of this series, but I expect the Yankees to respond here. The pitching matchup is a pretty good one, with both pitchers having sub 3.50 ERA’s, but Montgomery has been the slightly better pitcher. I like the Yankees to win by at least two runs here.