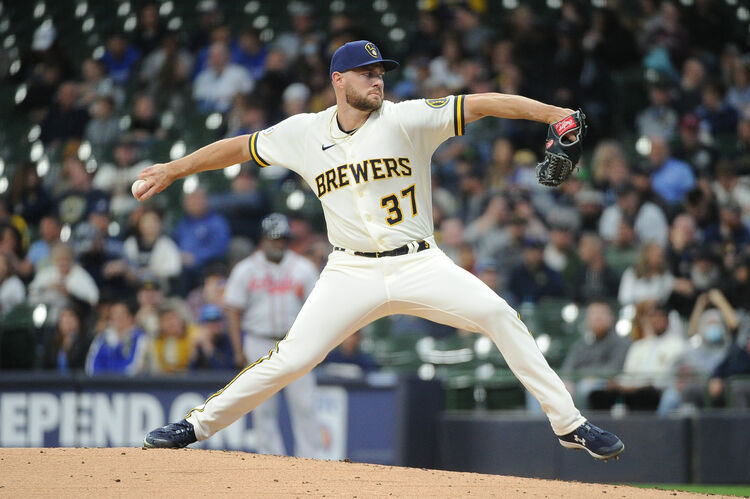 The Milwaukee Brewers will play the San Diego Padres in Game 1 of their series at Petco Park on Monday night.

The Milwaukee Brewers are 26-15 this season and have won three of their last four games. Milwaukee is coming off of a series win against Washington, where they won two of three games played. The Milwaukee pitching staff has a 3.46 ERA, a 1.18 WHIP, and a .219 opponent batting average this season. The Brewers offense has scored 193 runs with a .238 batting average and a .315 on base percentage. Rowdy Tellez is batting .246 with nine home runs and 32 RBI’s for the Brewers this season. The projected starter for Milwaukee is Adrian Houser, who is 3-4 with a 3.22 ERA and a 1.35 WHIP over 36.1 innings pitched this season.

The San Diego Padres are 27-14 this season and have won four games in a row. San Diego is coming off of a series win against San Francisco, where they won all three games played. The San Diego pitching staff has a 3.47 ERA, a 1.14 WHIP, and a .220 opponent batting average. The Padres offense has scored 185 runs with a .233 batting average and a .314 on base percentage this year. Manny Machado is batting .374 with eight home runs and 27 RBI’s for the Padres this season. The projected starting pitcher for San Diego is Nick Martinez, who is 2-2 with a 3.89 ERA and a 1.33 WHIP over 34.2 innings pitched this season.

This should be a very entertaining series between two good NL teams. The Brewers have bounced back after a slow offensive start to the season, while the Padres are riding a four game winning streak. Both starting pitchers have been solid this year, but both have struggled to make it very far in their starts. I think this will be a low scoring game and am taking the under.