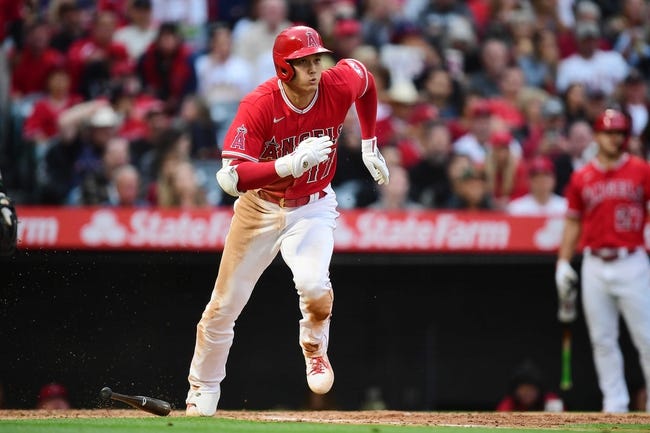 The Oakland Athleitcs and Los Angeles Angels face off on Sunday in an MLB showdown at Angel Stadium. In the first game of the doubleheader on Saturday, it was the A’s that secured the 4-2 victory.

The Oakland Athletics have only picked up 17 wins this season and the biggest issue for this team has been the offense. Even in their first win on Saturday the offense only scored four runs, and they need to find a more offensive success going forward. Seth Brown has been the top offensive player hitting four home runs and driving in 21 RBIs.

On the other side of this matchup is the Angels who had lost four games in a row heading into Saturday night’s game. The pitching staff has been really inconsistent the last week and that has hurt their chances of winning games. The Angels offense has been strong this season averaging 4.83 runs per game which is 4th best in the MLB. Mike Trout is having another strong season and he has hit 11 home runs and driven in 24 RBIs.

On the mound for the A’s is Cole Irvin who sits with a 2-1 record and an ERA of 2.93, In his last start against Cleveland he went six innings giving up six hits and one run.

On the mound for the Angels is Patrick Sandoval who sits with a 2-1 record and an ERA of 1.91. In his last start against the A’s, he went 6.1 innings giving up four hits and one run.

The Angels have found a ton of success with Sandoval on the mound and there is no reason to believe it’s going to change in this game. In Sandoval’s last game he only gave up one run. This A’s team has had issues scoring runs this season and it’s going to be no different in this game. Back the Angels on the run line.