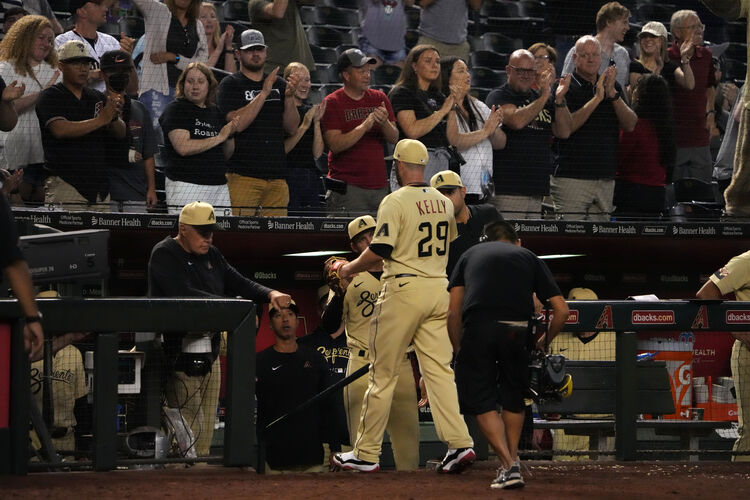 The Arizona Diamondbacks will play the Chicago Cubs in Game 4 of their series at Wrigley Field on Sunday afternoon.

The Arizona Diamondbacks are 21-21 this season and have lost six of their last nine games. Arizona has won the first three games of this series by scores of 7-6, 10-6, and 3-1. The Arizona pitching staff has a 3.93 ERA, a 1.23 WHIP, and a .236 opponent batting average this season. The Diamondbacks offense has scored 160 runs with a .211 batting average and a .294 on base percentage. Daulton Varsho is batting .262 with seven home runs and 20 RBI’s for the Diamondbacks this season. The projected starter for Arizona is Merrill Kelly, who is 3-2 with a 3.27 ERA and a 1.27 WHIP over 44 innings pitched this season.

The Chicago Cubs are 15-24 this season and have lost four games in a row. Prior to this series, Chicago won two out of three against the Pirates. The Chicago pitching staff has a 3.93 ERA, a 1.28 WHIP, and a .246 opponent batting average. The Cubs offense has scored 161 runs with a .231 batting average and a .309 on base percentage this year. Ian Happ is batting .269 with three home runs and 18 RBI’s for the Cubs this season. The projected starter for Chicago is Wade Miley, who is 1-0 with a 2.70 ERA and a 1.10 WHIP over 10 innings pitched this season.

Arizona has won the first three games of this series and are going for the sweep with Kelly on the mound. The Cubs are answering with Miley, who is coming off of an outing where he allowed 0 runs and 1 hit over 7 innings pitched. This game is a toss up and I think runs will be at a premium, but I think Wade Miley gives the Cubs a small edge in this matchup.