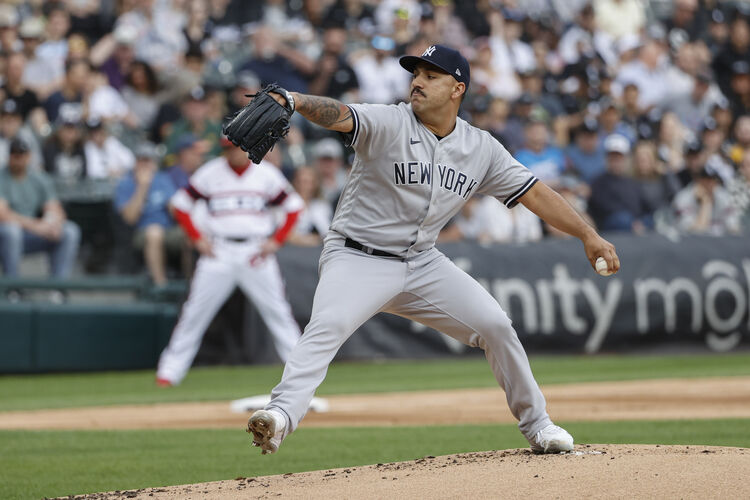 The Chicago White Sox will play the New York Yankees in Game 1 of their series at Yankee Stadium on Saturday afternoon.

The Chicago White Sox are 19-19 this season and have won three of their last five games. Chicago is coming off of a series win against the Royals, where they won three out of the five games played. The Chicago pitching staff has a 3.71 ERA, a 1.32 WHIP, and a .236 opponent batting average this season. The White Sox offense has scored 135 runs with a .232 batting average and a .288 on base percentage. Tim Anderson is batting .346 with four home runs and 15 RBI’s for the White Sox this season. The projected starter for Chicago is Dallas Keuchel, who is 2-3 with a 5.54 ERA and a 1.96 WHIP over 26 innings pitched this season.

The New York Yankees are 28-10 this season and have won four of their last five games. New York is coming off of a series win against Baltimore, where they won three of the four games played. The New York pitching staff has a 2.86 ERA, a 1.11 WHIP, and a .219 opponent batting average. The Yankees offense has scored 187 runs with a .245 batting average and a .326 on base percentage this year. Aaron Judge is batting .307 with 14 home runs and 30 RBI’s for the Yankees this season. The projected starter for New York is Nestor Cortes, who is 2-1 with a 1.35 ERA and a 0.85 WHIP over 40 innings pitched this season.

This game is a severe mismatch on paper and I expect the Yankees to win easily. Keuchel is coming off of a good start against New York his last time out, but has been very inconsistent this year. Cortes has allowed 6 runs in his last 5 starts and has been pretty dominant. The Yankees are one of the best teams in baseball and I like them to win by at least two here.