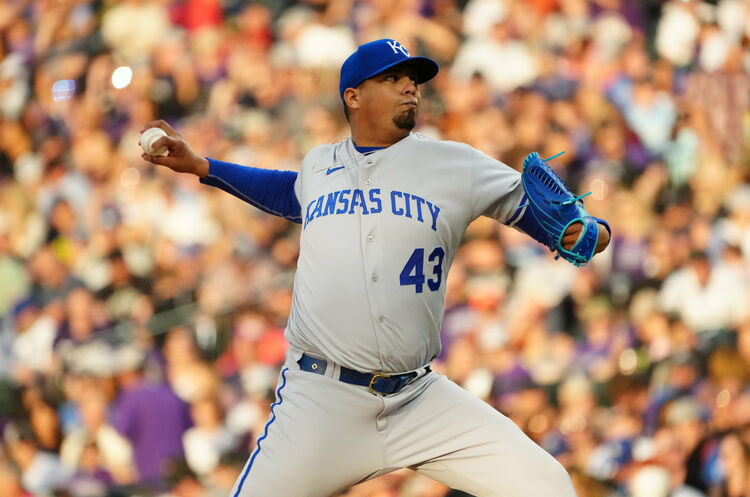 The Chicago White Sox will play the Kansas City Royals in Game 5 of their series at Kauffman Stadium on Thursday afternoon.

The Chicago White Sox are 18-19 this season and have lost five of their last eight games. Chicago has split the first four games of this series with the Royals and will look to take a series win on Thursday. The Chicago pitching staff has a 3.70 ERA, a 1.32 WHIP, and a .235 opponent batting average this season. The White Sox offense has scored 128 runs with a .228 batting average and a .283 on base percentage. Jose Abreu is batting .212 with three home runs and 14 RBI’s for the White Sox this season. The projected starting pitcher for Chicago is Vince Velasquez, who is 2-3 with a 5.53 ERA and a 1.52 WHIP over 27.2 innings pitched this season.

The Kansas City Royals are 14-22 this season and have won three of their last five games. Kansas City has won two games in a row by scores of 6-2 and 2-1. The Kansas City pitching staff has a 4.42 ERA, a 1.37 WHIP, and a .256 opponent batting average. The Royals offense has scored 129 runs with a .229 batting average and a .292 on base percentage this year. Andrew Benintendi is batting .302 with two home runs and 16 RBI's for the Royals this season. The projected starter for Kansas City is Carlos Hernandez, who is 0-3 with a 9.11 ERA and a 2.03 WHIP over 26.2 innings pitched this season.

Both of these pitchers have struggled and are coming off of very bad outings. I think there will be a good amount of runs in this game, but this matchup is a toss up in my opinion. When you get two below average pitchers going against each other, anything can happen. I am taking the over.