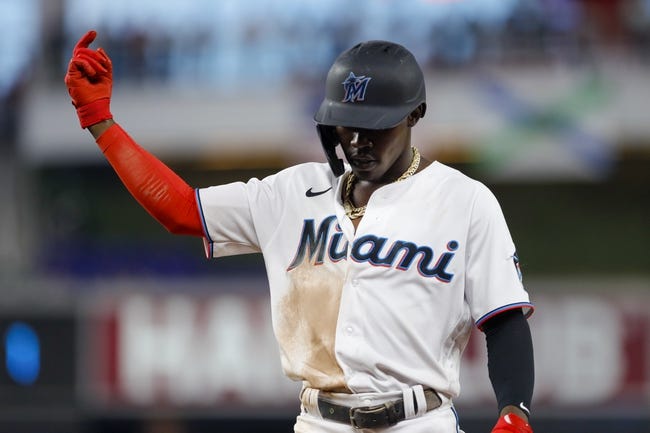 The Washington Nationals and Miami Marlins face off on Tuesday in an MLB showdown at Marlins Park.

These two teams squared off on Monday, and it was the Marlins that won 8-2. The Marlins scored four runs in the second inning, and they never looked back, as they cruised to the victory.

The Marlins come into this game with a 16-19 record overall but they have won two of their last three games. In the two wins, they scored 17 runs, and the pitching was strong in each of the games. The Marlins pitching has been strong overall this season giving up only 3.8 runs per game. The offense hasn’t been awful, but they could be a little more consistent. Jazz Chisholm has been the top player for the Marlins hitting six home runs and driving in 25 RBIs.

On the other side of this matchup is the Washington Nationals who sit with a 12-25 record overall, and they have lost four of their last five games. Over the last two games, the Nationals have given up 16 runs while only scoring two. Josh Bell has been the top player for the Nationals hitting four home runs and driving in 21 RBIs.

Getting the start for the Nationals will be Joan Adon who sits with a 1-6 record and an ERA of 7.03. In his last start against the Mets, Adon went 3.2 innings giving up three hits and three earned runs.

On the mound for the Marlins will be Cody Poteet who sits with a 0-0 record but a low ERA of 0.55. In his last game against the Diamondbacks, he went four innings giving up two hits and zero runs.

The Marlins scored eight runs on Monday, and they will score at least that in this game. Adon has been awful on the mound for the Nationals, and he has been hit hard all season. The Nationals will struggle to score against Adon, and that will be the difference as the Marlins secure the victory on the run line.