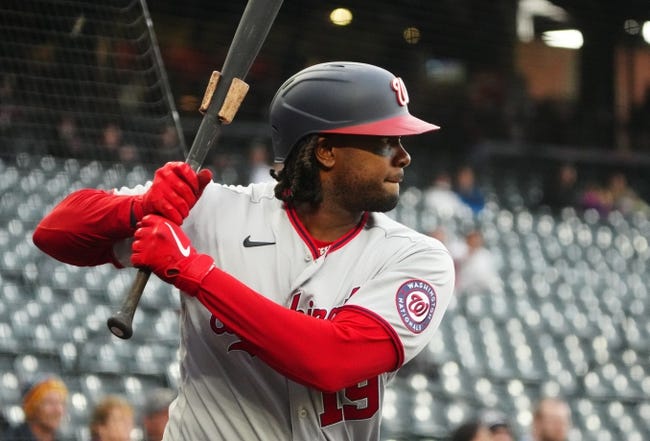 Where to Watch: Bally Sports Florida Stream the MLB Game of the Day all season on ESPN+. Sign up now!

The Washington Nationals and Miami Marlins face off on Monday in an MLB showdown at Marlins Park.

The Washington Nationals have struggled to start the season and they lost two of their three games over the weekend against the Houston Astros. On Sunday, it was the offense that again struggled to score, and they were defeated 8-0. The Nationals' offense has been middle of the pack, but their pitching staff is ranked 29th in the MLB giving up 5.167 runs per game. Josh Bell has been the top offensive player hitting eight home runs and driving in 11 RBIs.

On the other side of this matchup is the Miami Marlins who sit with a 15-19 record overall, and they lost two of their three games against the Milwaukee Brewers over the weekend. The Marlins pitching has been pretty strong this season, but their offense has been up and down, averaging 4.15 runs per game. Jazz Chisholm has been the top player hitting six home runs and driving in 24 RBIs.

Getting the start for the Nationals is Aaron Sanchez who sits with a 2-2 record and an ERA of 7.58. In his last start against the New York Mets he went 5.1 innings giving up six hits and three earned runs.

On the mound for the Marlins will be Cody Poteet who sits with a 0-0 record and an ERA of 0.55. On the season he has had 14 strikeouts.

The Marlins are the better team overall, and they have a big advantage on the mound. Aaron Sanchez has been awful, and he currently sits with an ERA of 7.58. Look for the Marlins to score three or four runs, against him, and that is going to be the difference as the home team gets the job done. Back the Marlins on the money line.