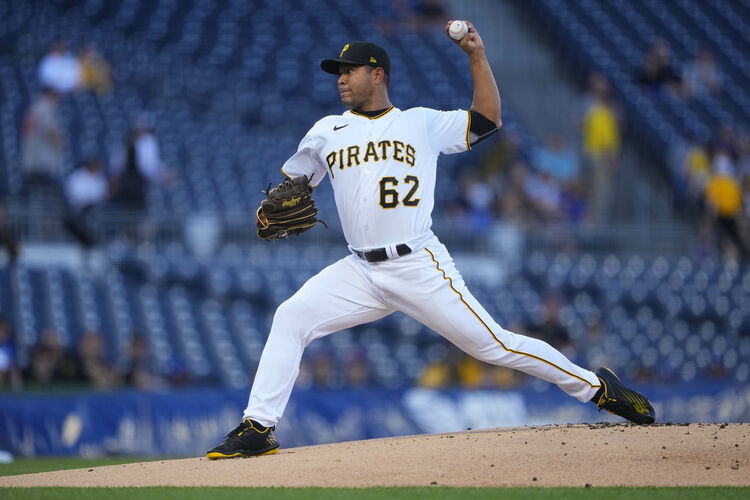 The Cincinnati Reds will play the Pittsburgh Pirates in Game 4 of their series at PNC Park on Sunday afternoon.

The Cincinnati Reds are 9-25 this season and have won three of their last four games. Cincinnati won the first two games of this series but lost Game 3 by a score 3-1 on Saturday. The Cincinnati pitching staff has a 6.18 ERA, a 1.58 WHIP, and a .271 opponent batting average this season. The Reds offense has scored 141 runs with a .218 batting average and a .293 on base percentage. Brandon Drury is batting .260 with seven home runs and 22 RBI’s for the Reds this season. The projected starter for Cincinnati is Hunter Greene, who is 1-5 with a 7.62 ERA and a 1.81 WHIP over 26 innings pitched this season.

The Pittsburgh Pirates are 14-19 this season and have lost three of their last five games. Prior to this series, Pittsburgh won two out of the three games in their series against the Dodgers. The Pittsburgh pitching staff has a 4.76 ERA, a 1.36 WHIP, and a .239 opponent batting average. The Pirates offense has scored 118 runs with a .233 batting average and a .303 on base percentage this year. Ben Gamel is batting .298 with three home runs and 15 RBI’s for the Pirates this season. The projected starter for Pittsburgh is Jose Quintana, who is 1-1 with a 2.70 ERA and a 1.20 WHIP over 30 innings pitched this season.

The Reds continue to play well in their last few games as they try to turn their season around after their horrific start. Pittsburgh has a few more wins, but has not been much better than Cincinnati. The Reds are starting Greene in this game, who has not been good this year. Based on the pitching matchup, I really like the Pirates here.