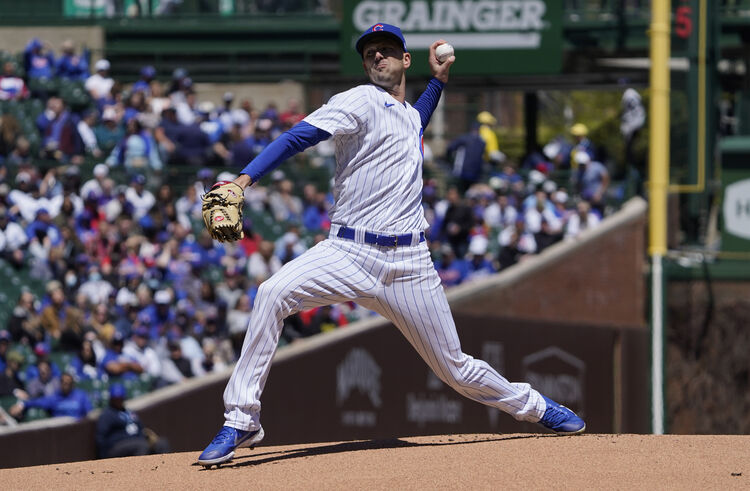 Where to Watch: Apple TV+ Stream the MLB Game of the Day all season on ESPN+. Sign up now!

The Chicago Cubs will play the Arizona Diamondbacks in Game 1 of their series at Chase Field on Friday night.

The Chicago Cubs are 11-19 this season and have won two of their last three games. Chicago is coming off of a series win against San Diego, where they won two of three. The Chicago pitching staff has a 4.22 ERA, a 1.33 WHIP, and a .248 opponent batting average this season. The Cubs offense has scored 120 runs with a .237 batting average and a .315 on base percentage. Seiya Suzuki is batting .255 with four home runs and 16 RBI’s for the Cubs this season. The projected starter for Chicago is Drew Smyly, who is 1-3 with a 3.04 ERA and a 1.23 WHIP over 23.2 innings pitched this season.

The Arizona Diamondbacks are 17-15 this season and have won seven of their last nine games. Arizona is coming off of a series win against the Marlins, where they won two out of the three games in the series. The Arizona pitching staff has a 3.55 ERA, a 1.23 WHIP, and a .238 on base percentage. The Diamondbacks offense has scored 116 runs with a .199 batting average and a .289 on base percentage this year. Daulton Varsho is batting .245 with six home runs and 14 RBI’s for the Diamondbacks this season. The projected starter for Arizona is Zach Davies, who is 1-1 with a 3.34 ERA and a 1.21 WHIP over 29.2 innings pitched this season.

Arizona has started the season playing well and is over .500 in the very competitive NL West. Chicago has not played as well and is sitting 8 games below .500. This pitching matchup is pretty even in regards to stats this year, but I give the edge to Davies. The Diamondbacks have also played well at home lately and I like them to win.