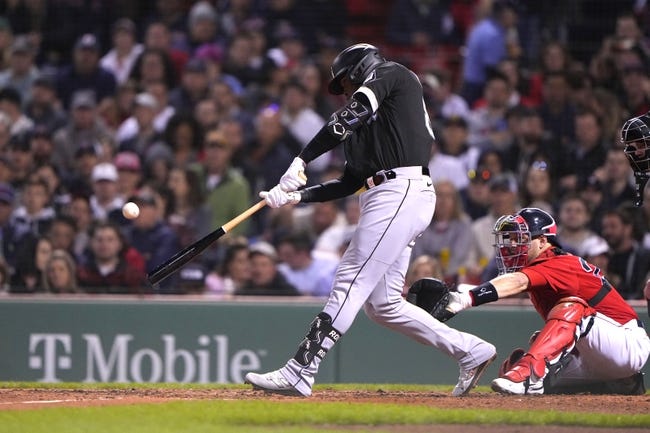 The Chicago White Sox and Boston Red Sox face off on Saturday in an American League MLB showdown at Fenway Park. The White Sox were underdogs on Friday night but were able to pull off the 4-2 upset.

The White Sox sit with a 12-13 record overall but they have been playing better as of late winning four games in a row. Over the last four games, the White Sox have only scored 16 runs total, but it’s been the pitching staff that has been the strength and helped them secure the victory. Andrew Vaughn has been the top player for the White Sox hitting four home runs and driving in 12 RBIs.

On the other side of this matchup is the Boston Red Sox who have really struggled this season and they currently sit with a 10-17 record overall. The Red Sox have lost three games in a row and over their last two games they have scored only two runs total. Trevor Story was the big offseason addition but he has only driven in 10 RBI’s this season and if they want to turn around the season, they are going to need him to be better.

Getting the start for the Red Sox is Dylan Cease who sits with a 3-1 record and an ERA of 2.48. In his last start, he went seven innings giving up only one hit and zero runs.

On the mound for the Red Sox is Nick Pivetta who sits with an 0-4 record and an ERA of 7.84. In his last start against the Orioles he went 4.1 innings giving up six hits and three runs.

Cease didn’t give up a run in his last start, and the Red Sox’s bats are going to be ice cold again in this game. The Red Sox only scored two runs on Friday and they will be lucky to score that here in this game. Back the White Sox -1.5.