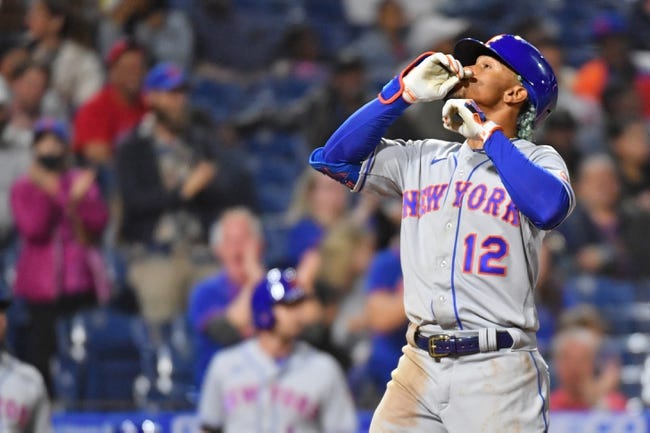 Where to Watch: SportsNet New York Stream the MLB Game of the Day all season on ESPN+. Sign up now!

The New York Mets and Philadelphia Phillies face off on Friday in an MLB showdown at Citizens Bank Park. on Thursday, the Phillies looked like they were going to cruise to a comfortable win, but the Mets scored seven runs in the 9th inning to win by a run.

The Mets come into this game with a 19-9 record overall and this feels like it might be different this year, especially after their comeback on Thursday. The Mets have won three of their last four games and for the most part, it’s been the pitching that allowed them to find the success in those games. Pete Alonso has been the top player for the Mets hitting five home runs and driving in 21 RBIs.

On the other side of this matchup is the Philadelphia Phillies who sit with an 11-15 record overall and the last game has been a great representation of how their entire season has been. The Phillies have lost three games in a row and two of those losses were against the terrible Texas Rangers. Bryce Harper has been the top offensive player for the Phillies hitting five home runs and driving in 17 RBIs.

Max Scherzer gets the start for the Mets and he currently sits with a 4-0 record and an ERA of 2.61. In his last start against the Phillies though he went six innings giving up five hits and four runs.

On the mound for the Phillies is Kyle Gibson who sits with a 2-1 record and an ERA of 2.93.

I expect a lot of heads to be hanging for the Phillies after the way they lost the game on Thursday. Max Scherzer wasn’t as dominant in his last start, but even if he gives up a few runs, the Phillies bullpen proved they will blow the game as they did on Thursday. Back the Mets on the run line.