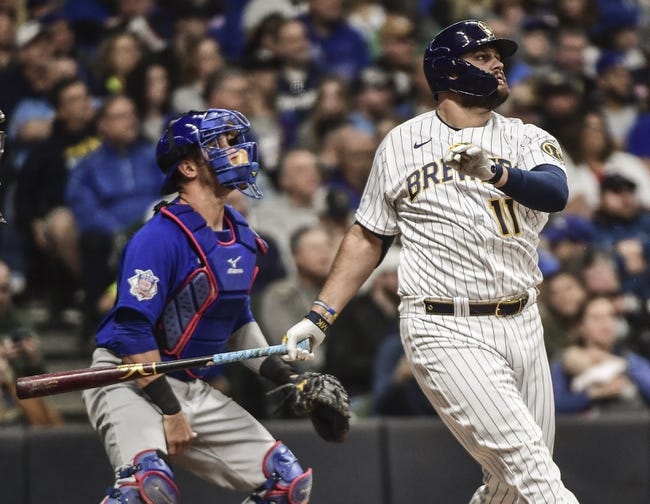 Where to Watch: Bally Sports Wisconsin Stream the MLB Game of the Day all season on ESPN+. Sign up now!

The Chicago Cubs and Milwaukee Brewers face off on Sunday in an MLB showdown at American Family Field. The Brewers have won the first two games of this series outscoring the Cubs 20-2.

The Cubs come into this game with an 8-13 record overall and right now their bats are ice cold. On Saturday they had six hits, but only one run crossed the plate in the second inning and if they want to turn around this season, they are going to need to find a way to get the bats going. Seiya Suzuki has been the top player for the Cubs hitting four home runs and driving in 14 RBIs. Patrick Wisdom has also been good hitting three home runs and driving in 13 RBIs.

On the other side of this matchup is the Milwaukee Brewers who sit with a 15-7 record overall and they are playing their best baseball of the early season. Earlier the offense was an issue for the Brewers, but they seem to have that turned around the last few games. Willy Adames has been the top player for the Brewers hitting five home runs and driving in 14 RBIs.

Getting the start for the Cubs will be Marcus Stroman who sits with an 0-3 record and an ERA of 6.98. In his last start against the Braves he went six innings giving up six hits and three runs.

On the mound for the Brewers is Corbin Burnes who sits with a 1-0 record and an ERA of 1.75. In Burnes last start against the Giants he went 6.2 innings giving up two hits and zero runs.

The Brewers bats have been hot to start this series scoring 20 runs total, and now they get to face off with Marcus Stroman who hasn’t been strong to start the season. In 19.1 innings this season, Stroman has given up 17 runs. The Brewers offense will be too much, as the home team wins this game on the run line.