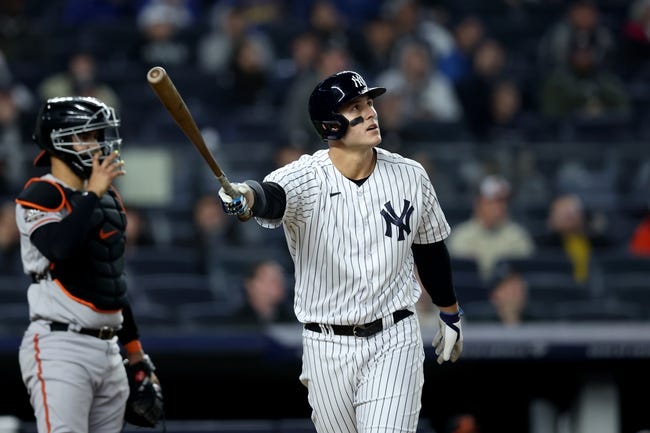 The Baltimore Orioles and New York Yankees face off on Wednesday in an MLB showdown at Yankee Stadium. When these two faced off on Tuesday it was the Yankees that won 12-8.

The Orioles sit with a 6-11 record, and although they have been inconsistent, at times they look like a team that is improving. On Tuesday it was the pitching that really let them down, but they have to have at least a little confidence with the offense scoring eight runs. Austin Hays and Cedric Mullins have been the top two players for the Orioles hitting two home runs and driving in eight RBIs.

On the other side of this matchup is the Yankees who sit with an 11-6 record overall and although at times the stats haven’t been impressive, they are winning games. Overall this season the offense has struggled a bit, but maybe Tuesday is just what this team needs to turn the corner. Anthony Rizzo has been the top player for the Yankees hitting eight home runs and driving in 18 RBIs.

Getting the start for the Orioles will be Tyler Wells who sits with an 0-2 record and an ERA of 6.75. In his last start against the A’s, he went 2.1 innings giving up five hits and two runs.

On the mound for the Yankees is Jordan Montgomery who sits with an 0-1 record and an ERA of 2.51. In his last start against the Tigers he went six innings giving up three hits and one run.

The Yankees are 5-1 in their last six games overall. The Yankees are 0-4 in Montgomery’s last four starts. The under is 5-0 in the Orioles last five games played on Wednesday. The Under is 7-1 in the Yankees last 8 games vs. a starter with a WHIP greater than 1.30.

The Yankees have struggled in Jordan Montgomery’s last four starts and that opens up some value with the Orioles. Look for the Yankees bats to be cold in this game and they will fail to give Montgomery a lot of run support here. Back the Orioles on the money line.