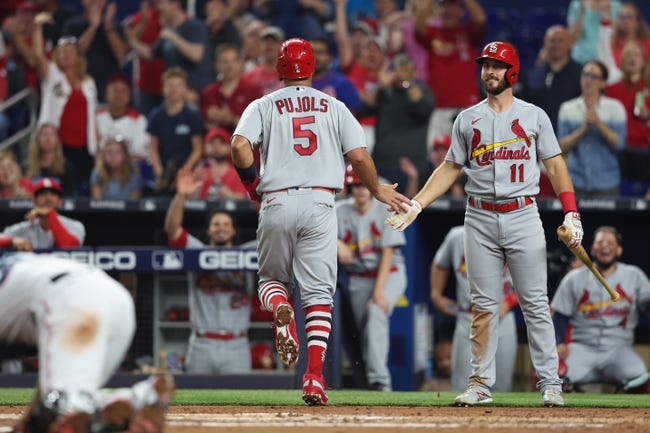 The New York Mets and St. Louis Cardinals face off on Tuesday in an MLB showdown at Busch Stadium. On Monday the Cardinals were up 2-0 heading into the top of the 9th, but the Mets scored five runs to secure the victory.

The New York Mets right now look like one of the best teams in baseball sitting with a 13-5 record overall. The Mets offense has been good, but so has been the pitching. On Monday, Max Scherzer finished with a seven shutout innings including 10 strikeouts. Pete Alonso has been the top player for the Mets hitting three home runs and driving in 16 RBI’s.

On the other side of this matchup is the Cardinals who sit with a 9-6 record overall but coming into this game they have lost two games in a row. Over the last two games, the Cardinals have only scored three goals total and they need to find a way to get the offense going here. Nolan Arenado has been the top player for St. Louis hitting five home runs and driving in 14 RBI’s.

Getting the start for the Mets will be Chris Bassitt who sits with a 2-1 record and an ERA of 3.00. In his last start against the Giants he went six innings giving up eight hits and five runs.

On the mound for the Cardinals will be Jordan Hicks who sits with a 1-1 record and an ERA of 1.29. In his last start against the Marlins he went three innings giving up two hits and one run.

Bassitt struggled in his last start and I think the Cardinals are going to find success again in this game. Look for Hicks to have a strong start, and that is going to be the difference as the Cardinals get the job done. Back the Cardinals on the money line.