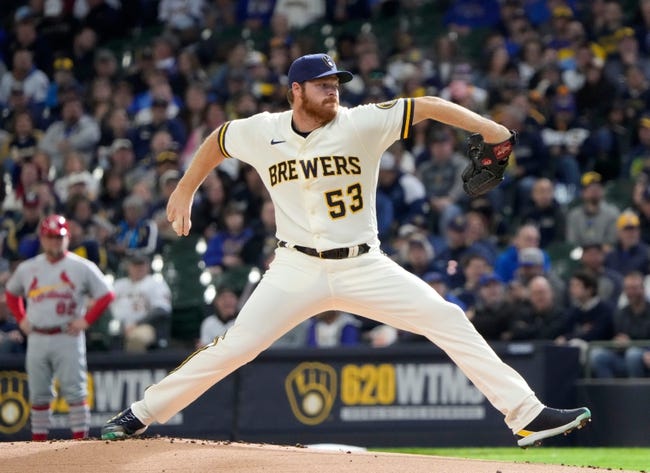 The Milwaukee Brewers will play the Pittsburgh Pirates in Game 1 of their series at PNC Park on Tuesday night.

The Milwaukee Brewers are 10-7 this season and have won two of their last three games. Milwaukee lost to San Francisco by a score of 4-2 in their last game. The Milwaukee pitching staff has a 3.32 ERA, a 1.21 WHIP, and a .214 opponent batting average this season. The Brewers offense has scored 56 runs with a .201 batting average and a .275 on base percentage. Rowdy Tellez is batting .208 with three home runs and eight RBI’s for the Brewers this season. The projected starter for Milwaukee is Brandon Woodruff, who is 2-1 this season with a 4.30 ERA and a 1.09 WHIP over 14.2 innings pitched.

The Pittsburgh Pirates are 8-8 this season and have won three of their last four games. Pittsburgh is coming off of a series win against the Cubs, where they won three of four. The Pittsburgh pitching staff has a 5.02 ERA, a 1.46 WHIP, and a .252 opponent batting average. The Pirates offense has scored 57 runs with a .233 batting average and a .301 on base percentage this season. Michael Chavis is batting .308 with two home runs and seven RBI’s for the Pirates this season. The projected starter for Pittsburgh is Mitch Keller, who is 0-3 this season with a 6.23 ERA and a 1.69 WHIP over 13 innings pitched.

Mitch Keller has started the season with three losses and will be looking for a better performance here. Brandon Woodruff has been better, but still has an elevated ERA. The Brewers are the better team here and have the better pitcher; I like them by 1.5.