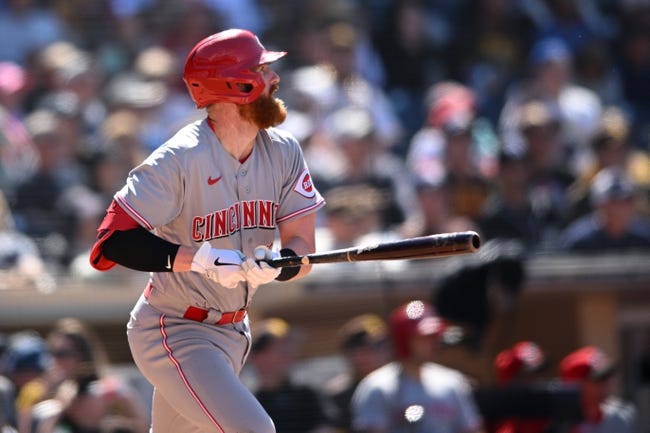 Where to Watch: AppleTV+ Stream the MLB Game of the Day all season on ESPN+. Sign up now!

The St. Louis Cardinals and Cincinnati Reds face off on Friday in an MLB showdown at the Great American Ballpark.

The St. Louis Cardinals come into this game with a 7-4 record overall but they didn’t look in the last game. The offense didn’t get on the board against the Miami Marlins, and that led to the 5-0 defeat. Two games ago against the Marlins, the offense only scored two runs, but that was enough to win. Nolan Arenado has been the top player the Cardinals hitting five home runs and driving in 14 RBI’s.

The Cincinnati Reds come into this game with a 2-11 record overall and he has gone 0-2 at home. In the last game against the San Diego Padres the offense again struggled losing 6-0. The Reds pitching staff has been an issue, but even worse has been the offense that is averaging 2.85 runs per game. Tyler Stephenson has been the top player for the Reds hitting two home runs and driving in six RBI’s.

Getting the start for the Cardinals will be Steven Matz who sits with a 1-1 record and an ERA of 7.27. In his last start against the Brewers he went 5.2 innings giving up three hits and zero runs.

Getting the start for the Reds will be Hunter Greene and he sits with a 1-1 record and an ERA of 4.35. In his last start against the Dodgers he went 5.1 innings giving up five hits and three runs.

Steven Matz looked a lot better in his last start and he is going to find success again in this game against the Reds offense that has struggled most of the season. The Reds are only going to score a goal or two and the Cardinals will get the job done. Back the Cardinals on the money line.