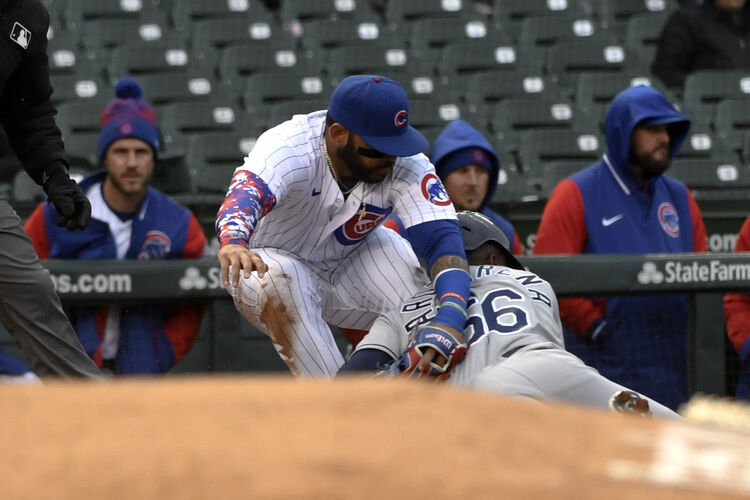 The Pittsburgh Pirates face the Chicago Cubs on Thursday, April 21st, 2022 at Wrigley Field for game one of a four-game series.

The Pittsburgh Pirates wrapped up a series with the Brewers on Wednesday as the Buckos dropped another game to their NL Central rivals, 4-2. The Pirates were swept in three games to the Brewers at Milwaukee, pushing Pittsburgh’s road record to a measly 1-5 on the year. The Pirates are an impressive 4-2 at home this year, but they will be at Wrigley Field for this series with a Cubs team that is also on a bit of a losing streak.

The Chicago Cubs lost Wednesday’s contest with the Tampa Bay Rays in a game that was called after only six innings due to weather. The Rays won 8-2 as Tampa Bay was able to get at the newest member of the Cubs’ rotation, Marcus Stroman, early and often. The Cubs are now back to .500 at 6-6 after losing two straight to the Rays at home. Chicago is 3-3 at Wrigley Field on the year and this is a very important series for the Cubbies facing their division rivals.

The Pittsburgh Pirates are projected to send right-hander Bryse Wilson, who is 0-0 with a 5.40 ERA through 8.1 innings this season, to the mound for this contest. Wilson has not been the sharpest in 2022 but he has not lost any ballgames for the Pirates in the two outings he has had. Wilson has only four strikeouts and has conceded two home runs, four walks, and nine base hits in the 8.1 innings he has had this season.

The Chicago Cubs are set to bring right-hander Mark Leiter Jr. to the bump to take on the Pirates. Leiter Jr had a rough outing in his season debut, as he was rocked by the Colorado Rockies at Coors Field. Virtually everything that could have gone wrong for Leiter Jr did, as he allowed a home run, four walks, five hits, and seven earned runs in only 3.1 innings of work.

Leiter Jr’s rough season debut was at Coors Field, a very hitter-friendly park, so we can expect him to be at least a little bit sharper at home here. I think the Pirates’ road woes continue, as I cannot trust Bryse Wilson in this spot, and the Cubs have been solid offensively so far this season with a decent .265 team batting average. Give me the Cubs at a bettable price on the moneyline here.