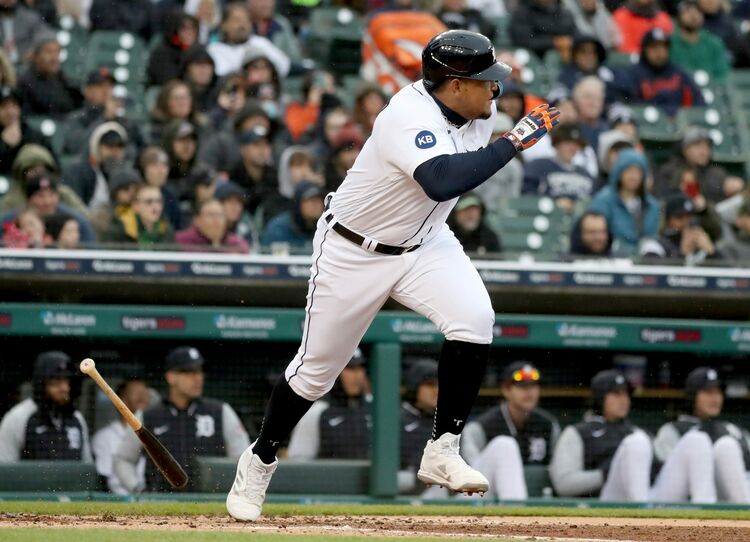 The New York Yankees will play the Detroit Tigers in Game 3 of their series at Comerica Park on Thursday afternoon.

The New York Yankees are 7-5 this season and have won three of their last four games. New York has won the first two games of this series by scores of 5-3 and 4-2. The New York pitching staff has a 2.52 ERA, a 1.17 WHIP, and a .208 opponent batting average this season. The Yankees offense has scored 39 runs with a .221 batting average and a .306 on base percentage. Anthony Rizzo has four home runs and 10 RBI’s for the Yankees this year. The projected starter for New York is Jordan Montgomery, who is 0-0 with a 3.24 ERA and a 1.20 WHIP over 8.1 innings pitched.

The Detroit Tigers are 4-7 this season and have lost three games in a row. Prior to the two losses to start this series, Detroit took two of three against the Royals. The Detroit pitching staff has a 3.58 ERA, a 1.19 WHIP, and a .235 opponent batting average. The Tigers offense has scored 33 runs with a .207 batting average and a .302 on base percentage this season. Miguel Cabrera has .333 batting average and three RBI’s this season for the Tigers. Miggy is also one hit away from 3,000 for his career. The projected starter for Detroit is Michael Pineda, who will be making his first appearance of the season.

The Tigers have been very inconsistent this season and now turn to Pineda, who hasn’t pitched in the majors this year. New York is going for the sweep and all signs point to it. They have pitched lights out and have got timely hits to secure the wins. I like New York to win, but I am going to take them -1.5 to avoid the juice.