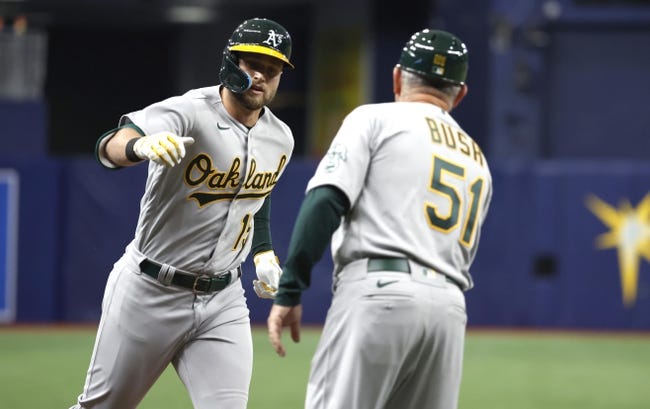 The Baltimore Orioles will play the Oakland Athletics in Game 2 of their series at the Oakland Coliseum on Tuesday night.

The Baltimore Orioles are 3-7 this season and have lost two of their last three games. Baltimore is coming off of a loss to Oakland in Game 1 by a score of 5-1. Prior to that, Baltimore won two of three against the Yankees. The Baltimore pitching staff has a 2.86 ERA, a 1.26 WHIP, and a .234 opponent batting average this season. The Orioles offense has scored 22 runs with a .207 batting average and a .308 on base percentage. Cedric Mullins has two home runs and eight RBI’s for the Orioles this season. The projected starter for Baltimore is Chris Ellis, who would be making his first appearance this season.

The Oakland Athletics are 6-5 this season and have won two of their last three games. Prior to the Game 1 win, Oakland lost two of three to the Blue Jays. The Oakland pitching staff has a 3.76 ERA, a 1.34 WHIP, and a .247 opponent batting average. The Athletics offense has scored 58 runs this season with a .218 batting average and a .286 on base percentage. Seth Brown has two home runs and nine RBI’s for the Athletics this season. The projected starter for Oakland is Cole Irvin, who is 1-1 this season with a 5.40 ERA and a 1.11 WHIP over 11.2 innings pitched.

Oakland has the home field advantage and the better pitcher on the mound in this matchup. Oakland has also scored plenty of runs this year, with no shortage of offense. The line for this game isn’t out yet, but I like Oakland by 1.5.