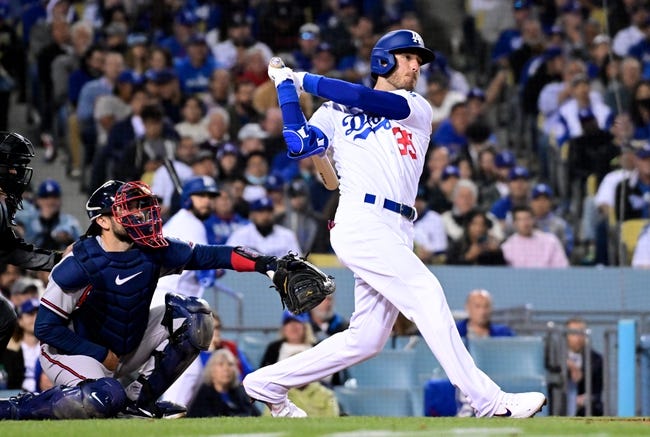 The Atlanta Braves face the Los Angeles Dodgers on Tuesday, April 19th, 2022 at Dodger Stadium for game two of a three-game series.

The Atlanta Braves are projected to start left-hander Max Fried on Tuesday against the Dodgers. Fried's numbers are a bit deceiving in my opinion, as although he is 0-2 with a 5.73 ERA, his FIP is less than half of that because he has not allowed a home run and has only surrendered one walk this season in his two outings combined. The Dodgers have struggled quite a bit against left-handed pitching this year, as they are ranked 26th in the league in team OPS versus lefties in 2022 thus far.

The Los Angeles Dodgers are set to bring right-hander Walker Buehler to the bump for game two of this series. Buehler's numbers are also a bit deceiving in my opinion, but for the opposite reasons. Buehler's early-season ERA stands at just under 3.40, but his walk rate is at its highest since his rookie year, and his strikeout rate is the lowest it has been in his entire career. Buehler did have a rough spring training in which he allowed four home runs and seven earned runs in 9.2 innings, and I am a bit concerned with how the regular season has started for him as well. To feel a bit more confident in Buehler going forward, I'd like to see him miss more bats without running the risk of too many free passes.

As mentioned, I do think these pitchers may be headed in different directions and I like the matchup that Fried has against a team that has had virtually no luck against southpaws this year. I think the value is on the Braves here on the money line. The Dodgers have looked dominant to start the season, especially at home, but we can still expect them to lose 55+ games in 2022 and these are the types of games where we have to take the plus money price with an advantageous starting pitching matchup.