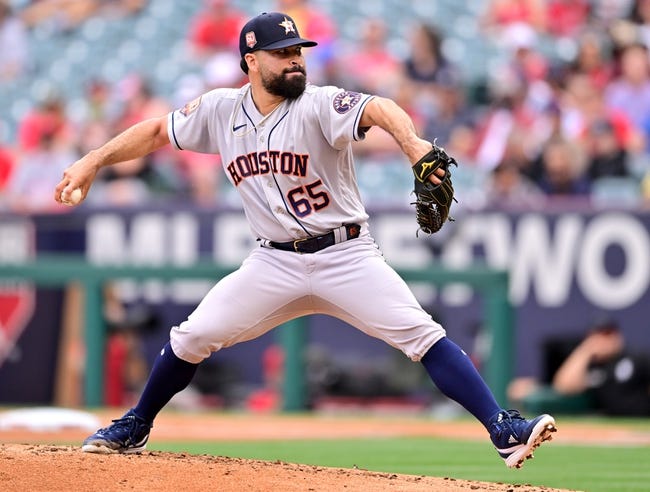 The Houston Astros will play the Seattle Mariners in Game 3 of the series at T-Mobile Park on Sunday afternoon.

The Houston Astros are 5-3 this season and have lost two of their last three games. Houston has split the first two games of this series, including a 4-0 win on Saturday. The Houston pitching staff has a 2.69 ERA, 1.21 WHIP, and a .220 opponent batting average this year. The Astros offense has scored 29 runs with a .214 batting average and a .282 on base percentage this season. Alex Bregman has been the best Astros hitter this season with a .259 batting average and seven RBI’s so far. The projected starter for Houston is Jose Urquidy, who is 1-0 this season with a 1.80 ERA and a 0.80 WHIP across 5 innings pitched.

The Seattle Mariners are 4-5 this season and have won two of their last three games. Seattle lost on Saturday 4-0 to Houston, but defeated them on Friday by a score of 11-1. The Seattle pitching staff has a 3.27 ERA, 1.09 WHIP, and a .213 opponent batting average. The Mariners offense has scored 32 runs with a .206 batting average and a .308 on base percentage this season. Mitch Haniger has led Seattle with three home runs and seven RBI’s this season. The projected starter for Seattle is Matt Brash, who is 0-1 this season with a 3.38 ERA and a 0.94 WHIP over 5.1 innings pitched.

Houston is coming off of a dominant win on Saturday behind a great game from Verlander. Seattle will have to figure something out on offense because they will face another good pitcher here. I think this game will go similar to Saturday, so I am taking Houston.