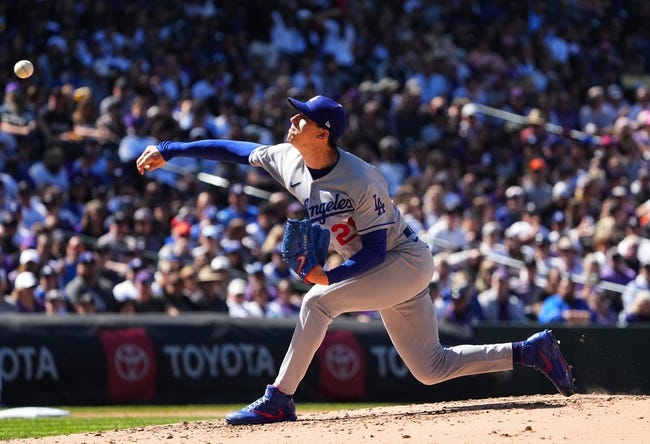 The Cincinnati Reds will play the Los Angeles Dodgers at Dodger Stadium in Game 1 of the series on Thursday night.

The Cincinnati Reds are 2-4 this season after being swept in a two game series against the Cleveland Guardians. Cincinnati lost 7-3 and 10-5 in those two games. The Cincinnati pitching staff has a 4.40 ERA, 1.40 WHIP, and a .234 opponent batting average this year. The Reds offense has scored 24 runs with a .195 batting average and a .270 on base percentage. Tyler Stephenson, who has two home runs and 6 RBI this year, leads the Cincinnati offense. The projected starter for the Reds is Luis Cessa, who is 0-0 with a 0.00 ERA and 1.13 WHIP in 2.2 innings this season.